Feb 01, 2021
Korean Film Directors Broaden Their Horizons in the Age of Streaming 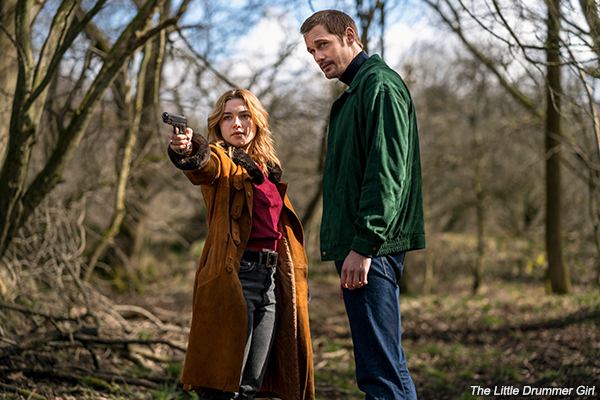 If someone has a title like ‘film director’ it seems reasonable to expect that their job would be to direct films, but things are no longer so cut and dry. These days, when a film director is revealed to be working on a new project, there’s a good chance it’ll be for the small screen - including local broadcast or cable television, but especially global streaming.
The western cable market has been steadily welcoming film directors for over a decade, but this migration has only recently begun in Korea. However, especially with the accelerating factor of a pandemic keeping people at home, it’s been less a trickle and more of a flood gushing forth at full speed, as content creators adapt to a rapidly changing marketplace.
While Korean films and K-dramas have long been popular at home and around the globe, they have traditionally come with different audiences and expectations. With the emergence of Netflix Korea especially, these distinctions are quickly blurring. Darker and more violent stories that have typically been the domain of cinema are now readily seen in streaming series, while the sudden crush of global viewers looking to get their fix of Korean content has allowed budgets for certain types of projects to rise significantly, effectively closing the production value gap with cinema.
Beyond isolated cases, the current shift the industry is experiencing partly began overseas when two Korean filmmakers were invited to direct small screen content by international broadcasters. Acclaimed filmmaker PARK Chan-wook, known around the world for his films Old Boy (2003) and The Handmaiden (2016), was hired by the BBC to direct their six-part adaptation of the John LE CARRÉ novel The Little Drummer Girl. Starring Florence PUGH, Alexander SKARSGÅRD, and Michael SHANNON, the show debuted on the BBC in the UK in October 2018 and on AMC in America the following month. 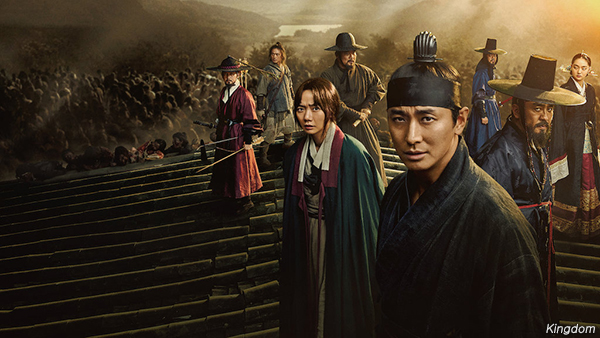 Also debuting in October 2018 was the six-part horror anthology series Folklore on HBO Asia. Korean indie filmmaker LEE Sang-woo (Barbie, 2011) brought his uniquely gritty style to the closing chapter of the series, Folklore: Mongdal, which went on to screen at Fantastic Fest in North America.
In December of that year, the Korean cable network tvN launched the second season of its anthology program Drama Stage. Whereas the first season had paired debut writers with TV directors, the new season featured mostly film directors making separate one-hour stories for the small screen. Among the invited cineastes were LEE Ho-jae (Sori: Voice from the Heart, 2016), AHN Gooc-jin (Alice in Earnestland, 2015), SHIN Su-won (Madonna, 2015), PARK Jung-bum (Alive, 2014), and JEONG Jae-eun (Take Care of My Cat, 2001). An extended version of PARK’s segment Height of the Wave screened at the Jeonju International Film Festival and subsequently won a Special Jury Prize at the Locarno International Film Festival.
After several years spent in the market developing its relationships and expanding its user base, Netflix finally dove into original content with a bang in January 2019 with the release of the period horror-thriller Kingdom. The series paired the famous TV writer KIM Eun-hee (Signal) with film director KIM Seong-hun, who was hot off the disaster-hit Tunnel (2016) at the time. With its high concept, big budget, small episode number, and polished production values, Kingdom was an immediate success both at home and abroad and signaled the start of a new era of Korean content for the small screen. KIM returned to direct the first episode of season 2, while Moby Dick (2011) filmmaker PARK In-jae took over the director’s reins for the rest of the season.
A few months after Kingdom, the second season of the occult horror K-drama Save Me debuted on OCN, with a brand-new story (based on YEON Sang-ho’s acclaimed 2013 animated film The Fake) and this time helmed by LEE Kwon, who was known for the horror romcom My Ordinary Love Story, which closed the Bucheon International Fantastic Film Festival (BiFan) in 2014, and his thriller Door Lock (2018) with KONG Hyo-jin. 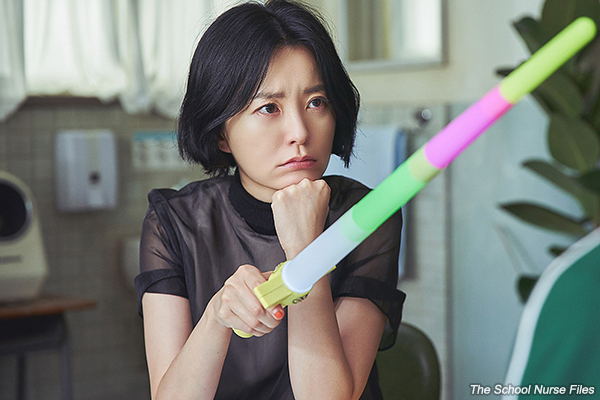 Last year, the new streaming service Wavve partnered with broadcaster MBC and the Directors Guild of Korea to make the science fiction anthology series SF8. MIN Kyu-dong (All About My Wife, 2012) was the showrunner and the director of one episode, while other filmmakers included OH Ki-hwan (Last Present, 2001), JANG Cheol-soo (Bedevilled, 2010), ROH Deok (Very Ordinary Couple, 2014), LEE Yoon-jung (Remember You, 2016), HAN Ka-ram (Our Body, 2018), KIM Ui-seok (After My Death, 2018) and AHN Gooc-jin once again. The series premiered in its entirety at the Bucheon International Fantastic Film Festival and also screened at the New York Asian Film Festival (NYAFF).
Netflix welcomed another Korean film director to its platform last September when Crush and Blush (2008) director LEE Kyoung-mi’s small-screen debut The School Nurse Files launched on the platform in time for the Chuseok holidays. Based on the novel of the same name, the six-part show featured JUNG Yu-mi and NAM Joo-hyuk and was a high-concept concoction with more VFX work than typically seen in K-dramas.
The global streamer is currently working with many high-profile filmmakers on upcoming original series. These include TRAIN TO BUSAN (2016) helmer YEON Sang-ho, who is currently adapting his own horror-action-thriller webtoon Hellbound into a show with YOO Ah-in in the lead. Last year, YEON debuted as a writer for the small screen when he penned the screenplay of the occult-themed series The Cursed.
Meanwhile, other directors preparing their Netflix debuts include HWANG Dong-hyuk (Miss Granny, 2014) with Round Six, HAN Jun-hee (Coin Locker Girl, 2015) with D.P. Day of the Dog, KIM Seong-ho (How to Steal a Dog, 2014) with Move to Heaven, and LEE Won-suk (How to Use Guys with Secret Tips, 2013) who is currently developing Queen of Scene. Intimate Enemies (2018) director LEE Jae-kyoo is also working on the zombie show All of Us Are Dead, but LEE is a rare case of a TV director who transitioned into making films.
Another major name getting ready to transition to the small screen is A Bittersweet Life (2005) director KIM Jee-woon, who is currently developing the six-part series, Mr. Robin. Based on the webtoon Doctor Brain, the series is being made for Apple TV+. KIM was previously aiming to make a four-part action-thriller series called Clause 47 in France, but that project appears to have been pushed back for the moment.
With Netflix already established and Apple TV+ now gearing up, many believe it’s only a matter of time before other top international streamers such as HBO Max, Amazon Prime, and Disney+ stake their claim on the Korean market. With the demand at home and abroad for small screen content growing, Korean big screen filmmakers are in hot demand, but as the landscape continues to change, before long we may have to simply start calling them ‘directors’.
Any copying, republication or redistribution of KOFIC's content is prohibited without prior consent of KOFIC.
Related People Related Films Related Company Related News