Udine to Have Special Section of Korean Film 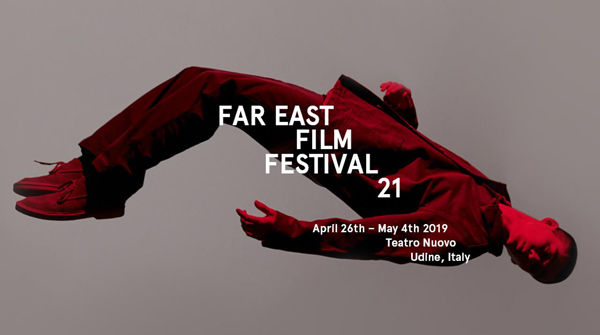 The Udine Far East Film Festival (FEFF), ground zero for Asian cinema appreciation in Europe, will be back for its 21st edition later this month when it opens with the acclaimed Sewol-themed drama Birthday on Friday, April 26. It’s no secret that FEFF has been a major supporter of Korean cinema over the years, and films from the country are typically among the most popular offerings at each edition, but for 2019, the festival decided to do something a little more special to Korean cinema.
A total of 23 films from Korea will screen at the event in Northeast Italy this year, just an hour’s drive away from Venice. Including the previously announced opening film, 12 Korean works are included in the main festival lineup, with four of those taking part in the festival’s competition section. Beyond the main slate titles, a special retrospective of classic works by filmmakers working during Korea’s military dictatorships and a sidebar on Korean independent films are also included. 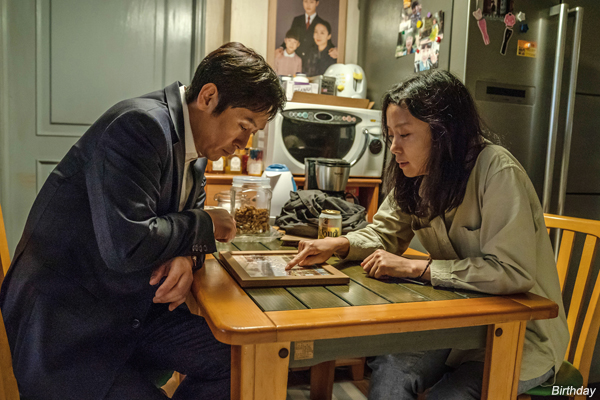 Birthday, which will have its international premiere in Udine, following its April 3 release in Korea, is the debut feature of LEE Jong-un, who worked as an assistant director on Poetry (2010) from director LEE Chang-dong. Director LEE Chang-dong serves as producer for the film, following previous production credits including the well-received A Brand New Life (2009) and A Girl at My Door (2014). The film features top thespians JEON Do-yeon and SUL Kyung-gu as parents who try to cope following the disappearance of their son who was aboard the Sewol Ferry that tragically capsized off the coast of South Jeolla Province on April 16, 2014, claiming the lives of over 300 passengers, crew members and rescue workers. 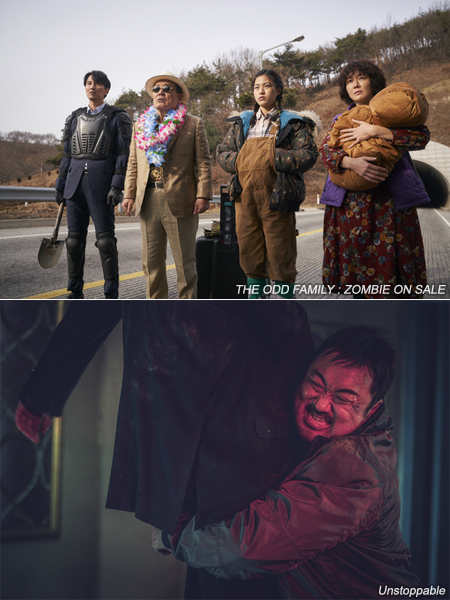 LEE’s debut is among the four Korean films taking part in FEFF’s White Mulberry competition this year, along with LEE Min-jae’s THE ODD FAMILY : ZOMBIE ON SALE, LEE Chang-geun’s Romang and KIM Min-ho’s Unstoppable (2018). Only debut or sophomore features are eligible for the competition section. Horror-comedy THE ODD FAMILY : ZOMBIE ON SALE brings together a roster of top acting talent, which includes JUNG Jae-young (Castaway on the Moon, 2009), UHM Ji-won (Hope, 2013) and KIM Nam-gil (The Shameless, 2015) as members of a provincial family who take in a zombie. Romang tells the story of an aging taxi driver (LEE Soon-jae - Stand by Me, 2018) who sends his wife (JUNG Young-sook - Be-Bop-A-Lula, 2018) to a nursing home when she begins to show signs of dementia but soon has a change of heart as he decides to make the most of their remaining time together. Unstoppable was one of several Don LEE (aka MA Dong-seok of TRAIN TO BUSAN fame) action-thriller vehicles last year, in which he plays a retired gangster leading an honest life whose wife is one day kidnapped by a ruthless criminal who doesn’t realize who he’s up against.
FEFF will also screen a selection of recent popular commercial titles, including LEE Hae-young’s action-thriller Believer (2018), LEE Kwon’s horror-thriller Door Lock (2018), LEE Jae-kyoo’s dinner party comedy-drama Intimate Strangers (2018), LEE Han’s legal melodrama Innocent Witness, CHOI Kook-hee’s 1997 Asian financial crisis drama Default (2018), KIM Kwang-sik siege action-drama The Great Battle (2018), KIM Sung-hoon’s period zombie thriller Rampant (2018) and LEE Byoung-heon’s sensationally successful crime comedy Extreme Job, which became the second highest-selling Korean title of all time earlier this year. Interestingly, three of these films are remakes of foreign films, reflecting a current trend among Korean filmmakers looking for new stories overseas - Believer is an update of Johnny TO’s Chinese action-thriller Drug War, Door Lock re-stages the Spanish thriller Sleep Tight and Intimate Strangers is the Korean version of the Italian high-concept sensation Perfect Strangers. 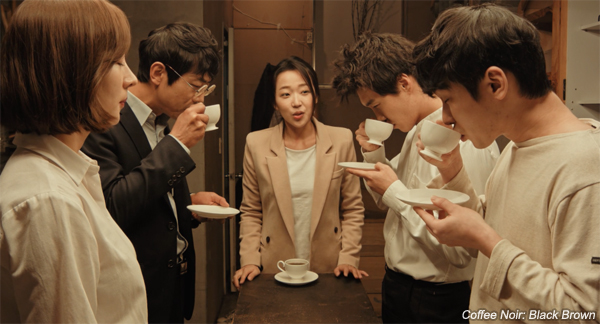 The ‘Korean Independent Films Sidebar’ brings to Udine a trio of low-budget works that have been largely passed over on the festival circuit in favor of titles from more high-profile auteur filmmakers or that fit the more common social drama/arthouse mold. These include JANG Hyun-sang’s delightful and eccentric coffee prohibition comedy-drama-thriller Coffee Noir: Black Brown (2017), which initially debuted at the Bucheon International Fantastic Film Festival (BIFAN) in 2017. Passing Summer (2018) is one of three new films debuted by the prolific filmmaker CHO Sung-kyu last year. This comic story of crisscrossing romances under the roof of a guesthouse on Jeju Island had its premiere at the Busan International Film Festival last October. Finally, HWANG Kyu-il’s Saem (2018), which first screened at the Jeonju International Film Festival last spring, follows a man with prosopagnosia (aka face blindness) who travels to Seoul in search of his first love.
Darcy PAQUET, who has served as a consultant for FEFF since 2002, has put together a special retrospective for this year’s festival, entitled ‘100 Years of Korean Cinema: I Choose Evil - Lawbreakers under the Military Dictatorship’. It’s not the first time he’s introduced classic Korean films in Udine, as the 2012 edition of FEFF featured ‘Darkest Decade’, another program he curated, which introduced many viewers, including this writer, to the lesser-known gems of 1970s Korean cinema. PAQUET reveals that “Back in 2012, we did a retrospective in Udine on Korean films of the 1970s, titled The Darkest Decade. That was an effort to see how Korean directors fought back against the system during one of the most oppressive times for Korean filmmakers. The retrospective was so well received, that we decided to focus on a similar theme for this year.” 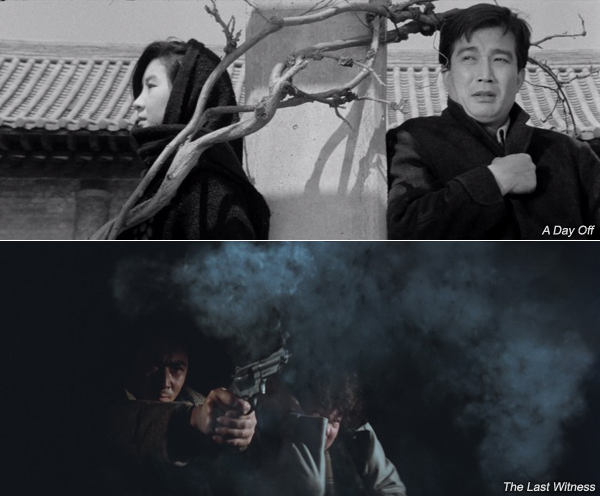 This year’s retrospective features seminal works that spans classics such as JO Keung-ha’s The Body Confession (1964) and director LEE Man-hee’s Black Hair (1964) and A Day Off (1968), through to KIM Ki-young’s Promises (1975) from the PARK Chung-hee era (1961-1979), and continues with LEE Doo-yong’s The Last Witness (1980) and IM Kwon-taek’s Mismatched Nose (aka Jagko, 1983) and Ticket (1986) during the CHUN Doo-hwan regime (1979-1987), finishing with JANG Sun-woo’s A Short Love Affair (aka Lovers in Woomukbaemi, 1990), released near the start of South Korea’s current sixth republic (1987-present).
“This retrospective focuses on films made under the military dictatorship, which lasted from 1961-1993. In this era the government prided itself on maintaining law and order, but the films in this retrospective feature charismatic heroes who break the law.” PAQUET goes on to explain that “We believe this was an indirect way of resisting the government’s authoritarian message. The quote ‘I choose evil’ comes from LEE Man-hee’s great gangster movie Black Hair from 1964.”
For all Korean cinema fans within a striking distance of Udine, this year’s 21st Far East Film Festival, unspooling from April 26 through to May 4, is surely an event not to be missed.
Any copying, republication or redistribution of KOFIC's content is prohibited without prior consent of KOFIC.
Related People Related Films Related Company Related News 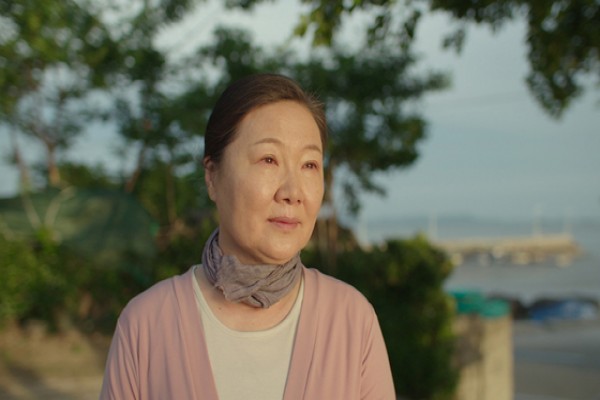 [Boxoffice Reports] BIRTHDAY Repeats during Calm Before the Storm 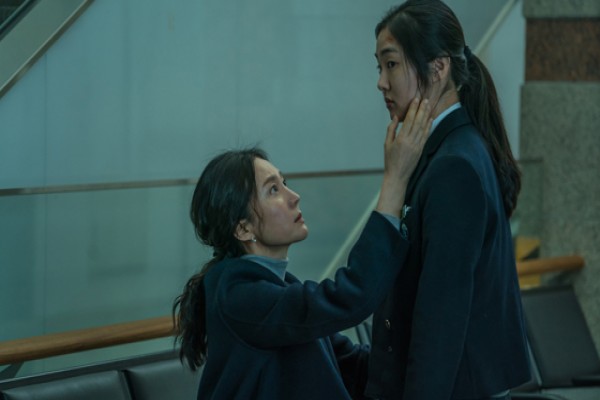 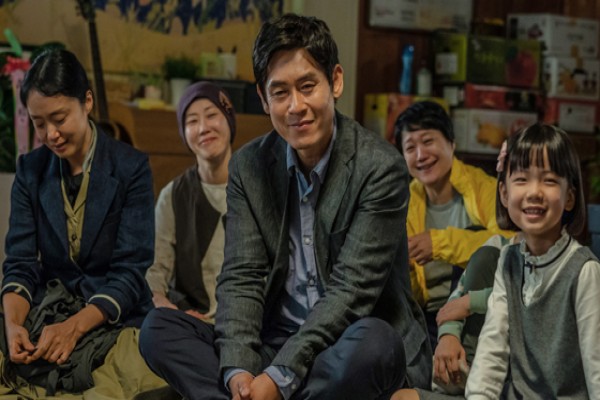 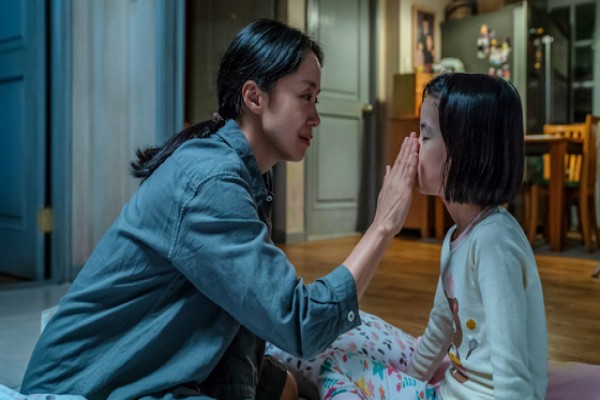