Earlier this month, the Berlin International Film Festival staged its 71st edition online. Though forced to make do with a virtual format, the festival has managed to adapt to the changing times as so many other events have been forced to do during these difficult times. Taking place at the same time, from March 1 to 5, was this year’s European Film Market.

As a necessity, glitzy gala premieres were out in Berlin, but big splashy deals were decidedly in as EFM played host to some of the biggest ever deals to take place at the market this year. Netflix in particular made its financial clout felt as the global streamer swept in to buy online rights to several hot film packages, scoring an EFM record when it snatched up the US rights to an upcoming Liam NEESON film for USD 18 million.

Korean films have long been a significant presence at the Berlinale and its attendant market and while they may not have enjoyed the same splashy sales as their Hollywood brethren this year, 2021 was another impressive edition for the Korean contingent taking part.

Four Korean films were featured in the festival’s lineup, including the latest from a returning auteur in the main competition, a pair of indie dramas imported from the Busan International Film Festival, and experimental work. The films drew positive notices and one of them walked away with a major prize.

Buoyed by the global success of PARASITE (2019), Peninsula (2020), and hit K-dramas, Korean sales agents descended on EFM with lineups full to bursting with exciting new titles, especially as several eagerly awaited titles have had their releases pushed back during the pandemic, creating a backlog of valuable content.

Short Vacation, a feature project from the Dankook Graduate School of Cinematic Content which screened in the Generation Kplus section, deals with a quartet of young girls who embark on a journey to complete a school assignment on a summer’s day - take a photograph of the end of the world.

Viewers warmed to the film’s naturalism and its young cast, while a review published on Seventh Row wrote of “the intimidating vastness of life is contrasted against the mundane trivialities of these girls’ lives and their friendships.”

Jero YUN, who previously made Beautiful Days, the opening film of BIFF in 2018, and several documentaries, returns with the sports drama FIGHTER, which screened in the Generation 14plus program. The film is about a North Korean defector who finds work as a cleaner in a gym and ultimately becomes a boxer.

In the lead role, LIM Sung-mi has been singled out for her impressive turn as a survivor who grapples with opponents in the ring as well as people in her life beyond the gym’s walls. LIM has received praise from critics since Busan, where she won the Actress of the year Award, and that continued with more positive notices in Berlin.

The most high-profile Korean film in Berlin this year was undoubtedly Introduction, the 25th feature film by acclaimed filmmaker HONG Sang-soo, which was invited to the competition. It was HONG’s eighth invitation to Berlin, and his fifth time in the main competition. This guaranteed plenty of critical coverage, mostly from reviewers already intimately familiar with the director’s uniquely pared-down style of filmmaking.

Comparing it to his previous film The Woman Who Ran (2020), Variety writes that “it has a little more gravity to it, which makes it perhaps less peripheral and more integral to Hong’s ongoing, addictive project.” The Playlist describes the film as a “charming and gentle piece about how love can change over some time and how watching someone else grow can be a difficult reminder of one’s youth.”

Once again it wasn’t only the broadsheet critics having a love affair with HONG, as the cineaste picked up yet another prize at the festival. Winning Best Screenplay, Introduction was the third HONG film to earn a Silver Bear at the Berlinale in five years.

An Active market for Korean sellers

Beyond selling Introduction, Finecut was very active during this year’s EFM and they announced several deals ahead of the market.

Among those was the sale of the new horror-thriller Midnight, the debut of director KWON Oh-seung, about a deadly back and forth between a young deaf woman and serial killer, which was sold to French distributor The Jokers Films.

Scoring several sales apiece was the action fantasy Slate, about an actress who becomes a true heroine in a parallel world, the heist thriller Pipeline ​(2019) from A Dirty Carnival (2006) director YOO Ha, and the murder thriller Anchor, starring CHUN Woo-hee (THE WAILING, 2016) as an ambitious news anchor.

K-Movie Entertainment joined the market with a slate led by The Roundup, a sequel to the hit crime thriller THE OUTLAWS (2017) once again starring Don LEE (aka MA Dong-seok). The film sold to eight Asian territories, including Japan, as well as France.

Leading Megabox Plus M’s lineup was the upcoming hostage drama The Point Men, starring HYUN Bin and HWANG Jung-min, and helmed by Little Forest (2018) director YIM Soon-rye. The newly launched international sales arm of distributor Megabox Plus M announced 14 deals to Asian territories and also revealed that they had also received offers from China, as the territory’s freeze on Korean content slowly begins to thaw.

Sales agent kth revealed sales to 11 territories, including the United States, as well in-flight rights for their action-comedy MISSION: POSSIBLE with KIM Young-kwang and LEE Sun-bin, which recently topped the Korean box office.

Following a successful EFM, most Korean sales companies will be looking to seal even more deals this week at the Hong Kong International Film and TV Market (HK Filmart). 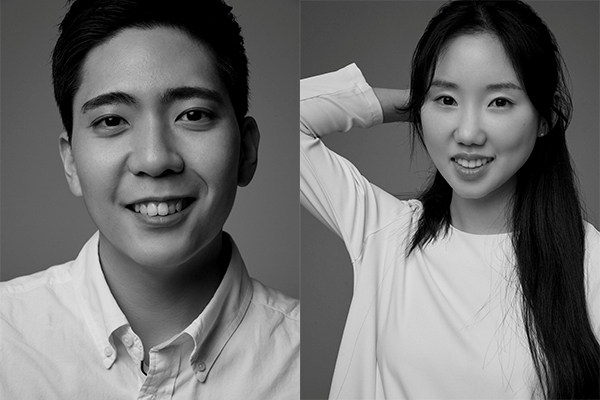