RYU Seung-ryong Begins Shoot for Comedy NOT THE LIPS 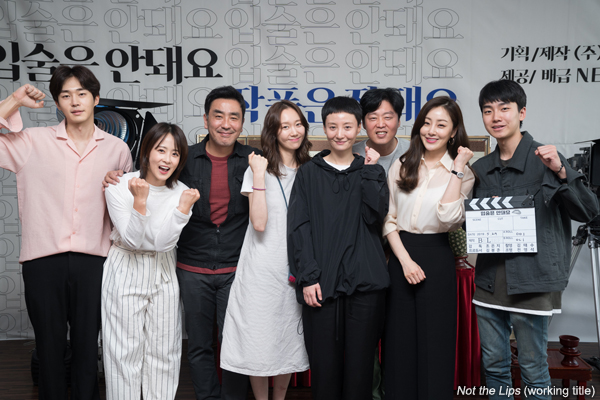 Following on from the smash success of Extreme Job, which became the second most successful Korean film of all time earlier this year, actor RYU Seung-ryong is back in front of cameras for the upcoming comedy Not the Lips (working title). RYU’s co-stars include OH Na-ra, KIM Hee-won and LEE Yoo-young in a project that marks the feature directing debut of actress CHO Eun-ji.
RYU plays Hyun, a bestselling author who has been stuck in a seven-year slump and suddenly meets a talented aspiring author by the name of Yoo-jin.
Known for hits such as Masquerade (2012) and Miracle in Cell No.7 (2013), RYU has had a big 2019, which saw him headline Kingdom, Netflix’s first Korean original series, as well as star in Extreme Job, which welcomed over 16 million viewers during its Lunar New Year holiday release. OH Na-ra recently featured in BECAUSE I LOVE YOU (2017), while KIM Hee-won and LEE Yoo-young shared the screen in last year’s Marionette.
CHO, who debuted as an actress in IM Sang-soo’s Tears (2001) and is known for works such as My Scary Girl (2006), Forever The Moment (2008) and The Villainess (2017). She debuted as filmmaker with the short 2Nights 3Days in 2017, which screened at the Bucheon International Fantastic Film Festival (BIFAN) and the London Korean Film Festival.
Not the Lips (working title), which will be distributed by Next Entertainment World, entered production on June 4.
Any copying, republication or redistribution of KOFIC's content is prohibited without prior consent of KOFIC.
Related People Related Films Related Company Related News