Sep 13, 2017
Korean Film to First to be Invited for Competition in a Decade 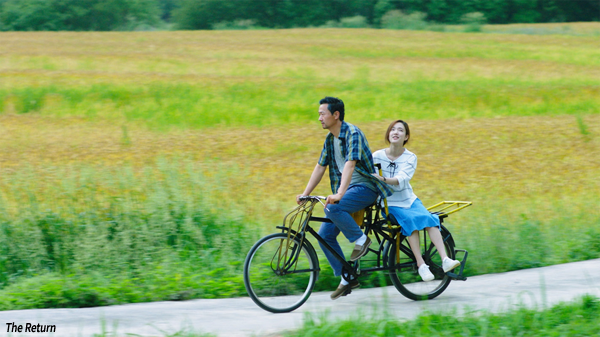 HEO Chul’s The Return won the Golden Zenith Award for Best First Fiction Feature Film at the 41st Montreal World Film Festival (MWFF). Based on a play of the same name, the film tells stories of regular customers who miss their loved ones, set in a bar that goes by the phrase, ‘Drink makgeolli (rice wine) here and the one you miss will return’. It is HEO’s feature debut, who previously directed two documentary films, Ari Ari The Korean Cinema (2012) and Mira Story (2015), and stars KIM Yu-seok, SON Soo-hyun, LEE Woo-jin and PARK Byung-eun. It was also invited to the Korea Cinemascape section of the 18th Jeonju International Film Festival last May.
The history of MWFF and Korean cinema goes back a long time. Starting with SHIN Hye-soo’s Best Actress Award for IM Kwon-taek’s Adada (1987) with LEE Hye-sook receiving the same award for JANG Gil-su’s The Silver Stallion Will Never Come (1991). In 1992, PARK Jong-won’s Our Twisted Hero (1992) won the Best Producer Award while actress KANG Soo-youn and MOON Jeong-hee served as festival jury members. Later, National Security (2012) by CHUNG Ji-young and Factory Complex (2015) by IM Heung-soon entered in the non-competitive sections. However, it has been ten years since a local film was invited to the Competition section after SUNG Ji-hye’s Before The Summer Passes Away (2007) and this is the first time the fest has given an award. Meanwhile, the 41st MWFF took place in Montreal, Canada, from August 24th to September 4th.
Any copying, republication or redistribution of KOFIC's content is prohibited without prior consent of KOFIC.
Related People Related Films Related Company