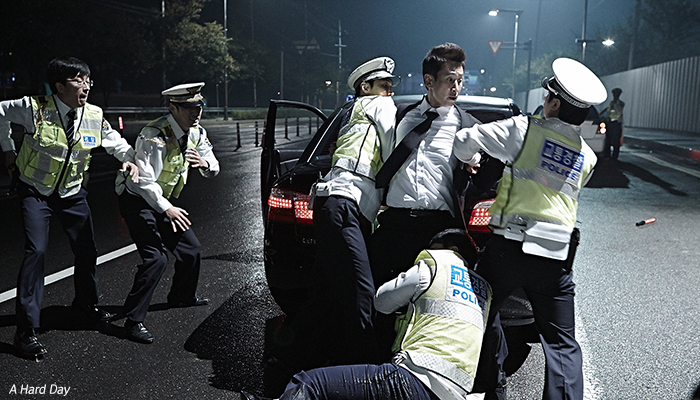 The Sitges International Fantastic Film Festival of Catalonia is no stranger to Korean film and their upcoming 47th edition proves no exception as Europe toil destination for genre cinema has invited a 16-strong delegation of films from the peninsula. A varied selection of 14 features will screen in Spain along with a pair of shorts.
Invited to the festival’s Oficial Fantàstic Òrbita, the main competition competition section for fantastic cinema will be KIM Seong-hun’s A Hard Day, which screened to rave reviews in Cannes this years, and the international premiere of LEE Jeong-beom’s hit man thriller No Tears for the Dead.
Meanwhile, eight films will also be competing in the various strands of the New Visions competition. Competing in the Noves Visions - Ficció section will be MOON Si-hyun’s Godsend, LEE Su-jin’s award-winning Han Gong-ju, LEESONG Hee-il’s Night Flight and KIM Ki-duk’s latest film One on One. Auteur JEON Kyu-hwan’s new film Angry Painter will screen in Noves Visions - Emergent and the documentaries Manshin, by PARK Chan-kyong, and Non Fiction Diary, by JUNG Yoon-suk will screen in Noves Visions - No Ficció along with the international premiere of LEE Sang-woo’s Dear Dictator.
A trio of films will also screen in the Focus Àsia lineup: JANG Joon-hwan’s Hwayi: A Monster Boy, YOON Jong-bin’s Kundo: Age of the Rampant and JEONG Yeon-shik’s The Fives. Screening in Anima’t, where YEON Sang-ho’s The Fake picked up the top award last year, will be JANG Hyung-yun’s The Satellite Girl and Milk Cow.
Lastly, CHO Seung-yeon’s Marionette and PARK Chan-kyu’s Mould will screen in the Noves Visions - Small format section. The 47th edition of the Sitges Film Festival will run from October 2nd to 11th.
Any copying, republication or redistribution of KOFIC's content is prohibited without prior consent of KOFIC.
Related People Related Films