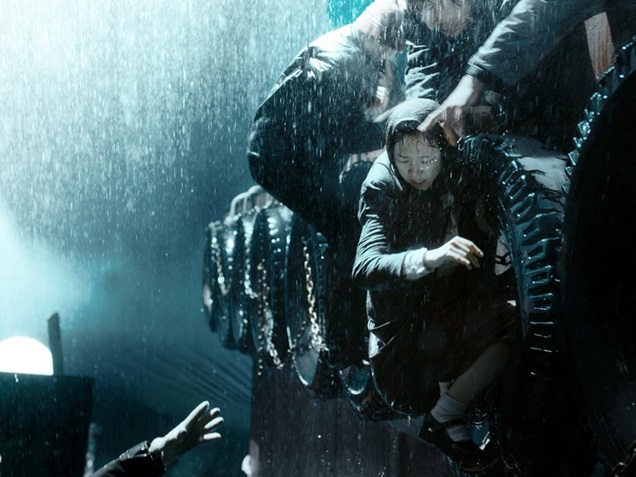 The blockbuster marine thriller Haemu (W/T) has been pre-sold at the Berlin International Film Festival European Film Market according to the film’s sales rep Fine Cut who named Japan’s Twin and France’s Wild Side Films as the buyers.
Directed by filmmaker SHIM Sung-bo who worked as scriptwriter on BONG Joon Ho’s Memories of Murder, the film attracted public attention with its star cast including idol star PARK Yoo-chun, actor KIM Yun-seok, and HAN Ye-ri of As One and Commitment. The film which tells the story of the mishaps within a 6-man fishing boat when they decide to board people illegally is currently in production. Haemu will theatrically be released this summer through NEW and in Japan early 2015.
Rough Play from filmmaker SHIN Yeon-shick of The Russian Novel was also sold to Japan’s Klockworx and Malaysia’s Hwa Yea. Starring idol star LEE Joon and SEO Yeong-hee, this film written and produced by KIM Ki-duck follows up from Rough Cut as part of a series. Another KIM Ki-duk-produced film Red Family was also sold to Japan’s Gaga Corporation. Directed by filmmaker LEE Ju-hyoung, Red Family is an action drama dealing with a group of North Korean spies guised as an ordinary family faced with the predicament of a new mission to accomplish. The film was domestically released in November 2013.
Any copying, republication or redistribution of KOFIC's content is prohibited without prior consent of KOFIC.
Related People Related Films Related Company