Jan 21, 2014
New Thriller by Director of MY DEAR DESPERADO 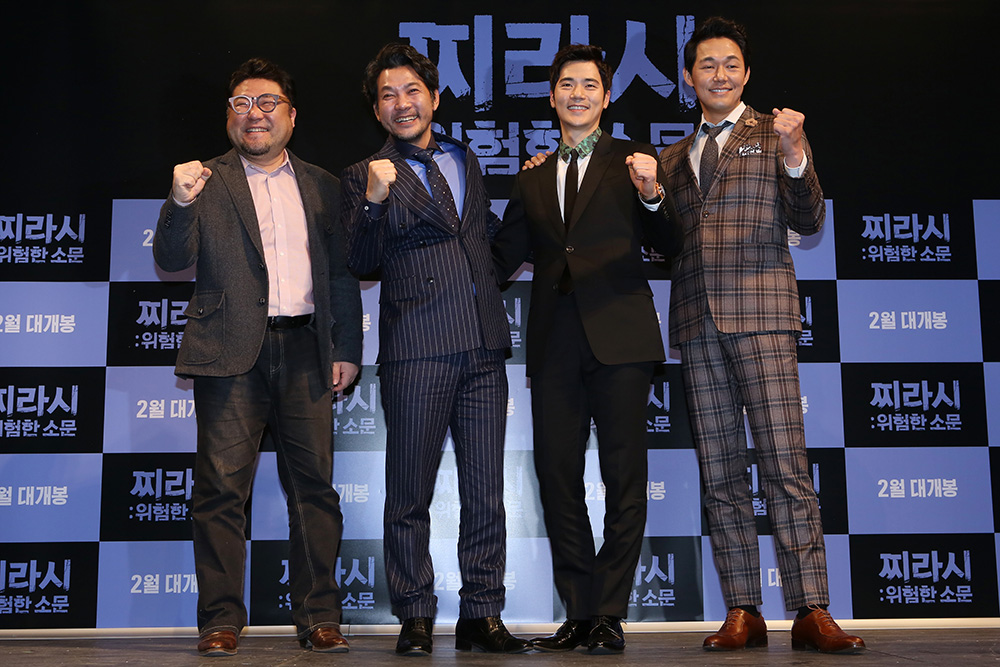 Tabloid Truth, directed by KIM Kwang-sik, behind 2010’s My Dear Desperado, and starring KIM Gang-woo of The Taste of Money (2012), JUNG Jin-young of S.I.U. (2011) and GO Chang-seok of The Front Line (2011), had a press conference at CGV Apgujung.
Tabloid Truth is a story about manager Wu-gon (KIM Gang-woo) who loses everything when his actress dies following gossip from the stock market and then chases the source of the information. Director KIM Kwang-sik said, “This movie begins with the curiosity surrounding what the ‘Tabloid Truth’ is, how it came about and who circulated it. In the process of chasing the source, I felt that the complicated problems in our society are structurally related and I wanted to present them to the audience.” KIM Kang-woo said, “I’m a fan of Director KIM’s previous work. The title made me curious to know what the story is about and when I received the scenario I decided to be in it as soon as I started reading.”
Meanwhile, GO Chang-seok played a character with a distinctive fashion style. He said, “In order to vitalize my character and his shadowy job, I pierced my body and did some nail work. I was so immersed in the character that I purchased the fashion items myself.” Charismatic actor JUNG Jin-young plays the gossip's source, President PARK in the film. He shows his confidence saying, “This movie allowed me to show a different character in my filmography. I will show a unique and sweet side of myself.”
Tabloid Truth, which is financed and distributed by CJ Entertainment, is scheduled to be released in theaters on February 20th.
Any copying, republication or redistribution of KOFIC's content is prohibited without prior consent of KOFIC.
Related People Related Films Related Company