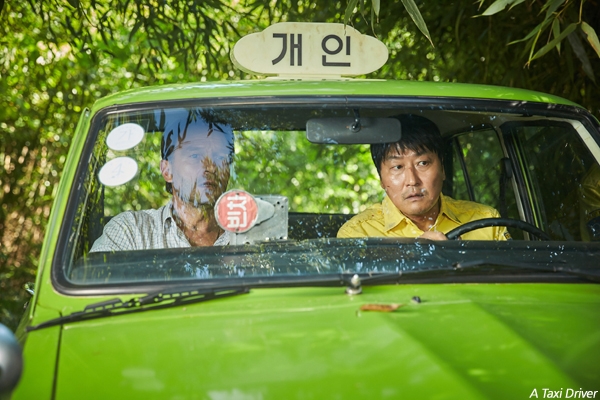 The Korean box office has had a rocky ride through the first two trimesters of 2017, but this period was not without its success stories. Though controversies and an uneven slate of films presented some obstacles, Korean history remained a strong driver for profits, particularly in a shifting political climate that may have aided the release of several politically-tinged hits.
Riding on the critical and commercial highs of 2016, the year saw a strong start with a major late December holdover (Master) and dueling blockbusters during the Lunar New Year season (Confidential Assignment and The King). As the year progressed, however, a number of minor controversies hurt the box-office runs of several titles. The late summer season saved the day, but the total revenue of domestic films for the first two trimesters of 2017 was down compared with that of recent years, according to the Korean Film Council's KOBIS database.
Through the end of August, Korean exhibitors filled 148.5 million seats, ending a five-year streak of record-breaking years in the same time period. This year’s total was only marginally lower than the benchmarks set during the January-August time frames of the previous three years (148.6 million in 2014, 149.4 million in 2015 and 150.8 million in 2016). Korean films reached 69.9 million admissions, which was the lowest total recorded since 2011 while the local market share descended to a seven-year low of 47%. While not a disaster, nor a warning sign for the Korean film industry, the figures do seem to indicate that Korean viewers were less interested and/or satisfied in this year’s lineup of local films.
Hollywood had a good year in the market as American films welcomed 67.99 million spectators and accounted for 45.8% of the market. The success was led by several returning franchises (Spider-Man: Homecoming), updates (The Beauty and the Beast), stars (Tom Cruise in The Mummy) and marquee directors (Korea was the second largest international market for Christopher Nolan's Dunkirk). But it was also due to foreign films sating demand where domestic titles fell short. Meanwhile, for the first time since box-office records have been stored in KOBIS in 2004, a nation other than South Korea and the United States managed to crack the 4% market share mark. Fueled by the animated feature Your Name, the most successful Japanese film of all time in Korea, Japan secured a 4.2% share from 6.2 million entries.
10 million viewer club welcomes new member 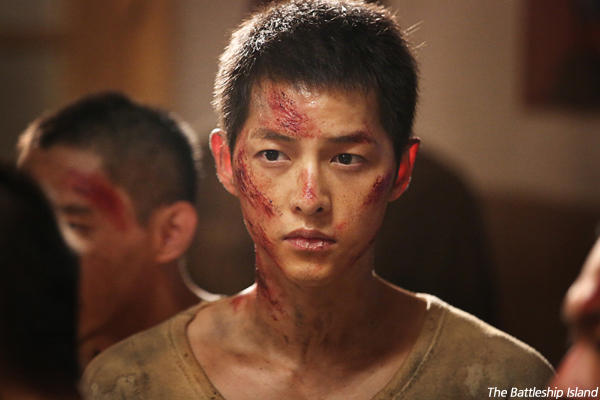 In a country with just over 50 million inhabitants, the 10-million admissions mark is considered the ultimate testament of success for a local film. The so-called "10-million viewer club" welcomed its 15th member in August, but perhaps not the one that most were expecting. Showbox’s 1980 historical drama A Taxi Driver, directed by JANG Hun and featuring superstar SONG Kang-ho alongside German actor Thomas Kretschmann and YOO Hae-jin, beat out CJ Entertainment’s mega-budget WWII title The Battleship Island from RYOO Seung-wan by a wide margin.
SONG is now the first lead actor to feature in three films to go over the mark, after The Host (2006) and The Attorney (2013). As of Sept. 5, the film has ascended to the top 10 films of all time, eclipsing the lifetime total of KANG Je-kyu’s TaeGukGi: Brotherhood of War (2004). A Taxi Driver was also a critical hit and was ultimately put forward as Korea’s submission to the foreign-language category of next year’s Academy Awards.
A controversial summer 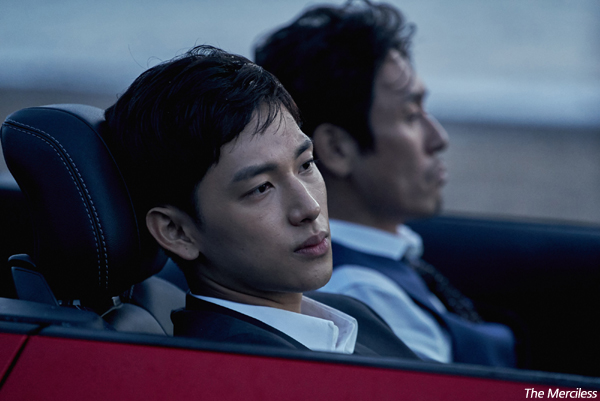 Perhaps this year’s most notable phenomenon was a series of controversies that affected the box office performance of several releases. As the use of social media becomes more ingrained in daily life in Korea—the country with the world's highest penetration rate and internet speed—online commentators had a particularly fearsome grasp on the fate of films in 2017. The most notable issues stemmed from exhibition practices that some felt either unjustly increased or dashed the box-office prospects of certain films.
In May, gangster film The Merciless was gearing up for a healthy theatrical run following an invitation to the Midnight Screenings section of the Cannes Film Festival and solid reviews. On the second day of its release, however, remarks made on Twitter by its director BYUN Sung- were met with ire. An online boycott ensued as the scandal grew, cutting into its opening weekend and leading to a 70% crash during its second run in theaters.
A bigger controversy was brewing around this time over another Cannes title. Screening in competition for the Palme d'Or, BONG Joon-ho’s Okja was financed entirely by online streaming giant Netflix and was expected to skip theatrical windows in the vast majority of global markets. Local distributor Next Entertainment World (NEW) had already begun promoting the film when the three major exhibitors – CJ CGV, Lotte Megabox - which together account for 93% of screens in the country, decided to boycott the film due to the simultaneous screening to Netflix users in 190 countries. Despite only being available in independent theaters, the film managed to open in fourth place and ultimately brought in 321,000 admissions, an astonishing number for a film not made available at any major multiplex.
The high summer period of Korea’s box-office calendar kicked off with The Battleship Island, a hotly anticipated period actioner made on an enormous USD 25-million budget and featuring an A-lister cast (HWANG Jung-min, SONG Joong-ki, SO Ji-sub and LEE Jung-). The film blew away the opening-day record for all films in Korean box-office history, selling 972,000 tickets on July 26. The blockbuster was the first film to play on over 2,000 screens, which accounts for approximately 80% of the country’s screens. Many considered this to be a flagrant case of unfair screen allocation and despite the fanfare around its opening, the film dropped faster than expected. It ultimately fell short of its break-even point, reported to be around the 7-million viewer mark. Other factors may have also contributed to film’s fall from grace, including its depiction of Korean history.
The most recent casualty of online commentators was PARK Hoon-, whose latest film noir V.I.P. came under fire for including a murder scene that was considered to be excessive. It took a few days for word to trickle out; but after a decent opening weekend in late August, the film's weekend admissions score plummeted 77% in its second week.
Korean cinema explores tales with spies, in jails and of the past 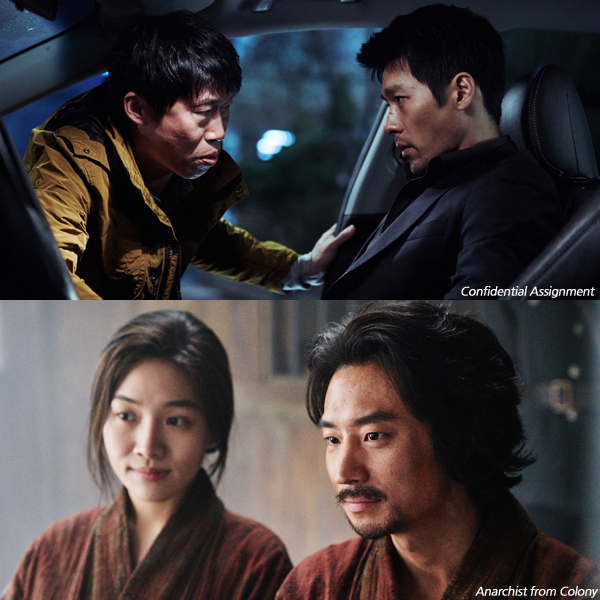 Prevalent among this year’s cinematic narratives were prison actioners, North Korea-themed thrillers and, once again, a wide range of period films. Following the success of last year’s A Violent Prosecutor, prison films have exploded in the market, with three titles popping up among this year’s top 20: The Prison, Fabricated City, and The Merciless. The Prison was most successful among these and wound up at sixth place on the year’s chart to date. Not far behind was the framed gamer thriller Fabricated City. The Merciless, which ranked 20th, was unable find a large crowd for aforementioned reasons.
Absent from marquees for a few years, North Korea-themed films returned. Action-comedy Confidential Assignment proving an early-year success, initially opening second to prosecutor saga The King but eventually legging out to become this year’s top Lunar New Year release and second, overall. V.I.P., which combined the North Korean thriller with the serial killer chiller, proved less successful despite its strong start.
After decades of being considered too sensitive to handle, the Japanese colonial era (1910-45) has become a hugely popular setting in recent years (Assassination in 2015, The Age of Shadows in 2016). Several colonial-era films emerged in 2017 as well. Though The Battleship Island was considered a disappointment, LEE Joon- mid-budget title Anarchist from Colony proved profitable at No. 10 on the yearly chart.
Unusually, no Joseon-era film figured in the top 10, with The King’s Case Note being the only notable release that ranked 13th. All told, the top ten included five period films: A Taxi Driver (set in May 1980 and ranking No. 1 ), The Battleship Island (1940s; No. 3), The King (1980s-00s; No. 5), The Prison (1990s; No. 6) and Anarchist from Colony (1920s; No. 10).
Beyond these groupings, comedies proved successful again in 2017, with the youth cop action-comedy Midnight Runners and the small town comedy-thriller The Sheriff in Town coming in at fourth and seventh for the year, respectively. Meanwhile, KIM Tae- court drama New Trial landed at No. 9.
Lack of stories by, with and for women 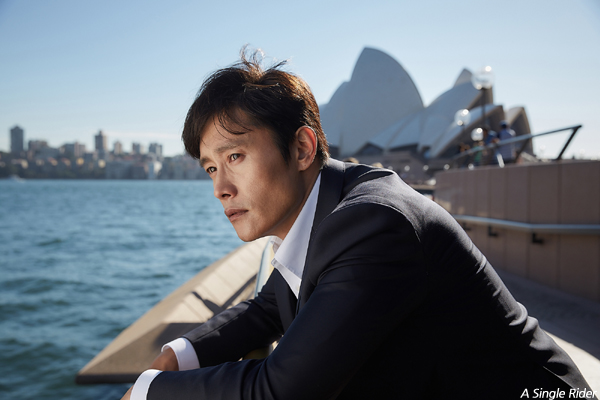 One area where the Korean film industry fell extremely short this year was in its representation of and by women on the big screen. Only two films released by major studios were directed by a woman this year, LEE low-budget drama A Single Rider and LEE Soo- thriller Bluebeard (18th place).
For actresses, the situation was similarly dire, as one needs to go all the way down to 15th place to find a lead female character in HUH Jung’s horror The Mimic and 16th in JUNG Byung- action-thriller The Villainess. The few other leading roles for women all fell outside the top 10 and were mostly reserved for family comedies (Daddy You, Daughter Me, BECAUSE I LOVE YOU, My Little Brother) and romantic melodramas (One Day), genres that have fallen out of favor in recent years.
The majority of cinema-goers in Korea are women, and given the global success of Wonder Woman and the abundance of female talent among the cast and crew in Korea, the lack of films by, with and for women seems like a missed opportunity. Case in point: Some of the most lauded films by Korean directors around the world in recent years were led by female characters, such as PARK Chan-wook’s The Handmaiden and BONG Joon-ho’s Okja.
Novel experiences and non-fiction stories 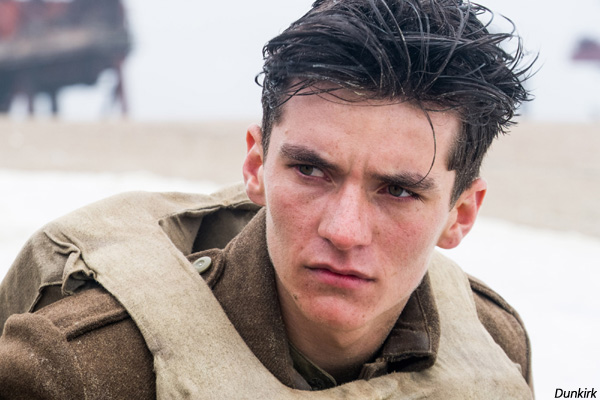 Outside of the Korean mainstream and the sequel- and remake-filled studio lineups of Hollywood, Korean viewers sought out different kinds of stories in 2017. A number of local documentaries exploring political subjects became surprised hits. LEE Chang- OUR PRESIDENT, about the late former President ROH Moo-hyun, was the year’s 12th most-attended Korean film, and CHOI Seung-ho’s media censorship expose Criminal Conspiracy went over 200,000 admissions.
As for foreign films, Damien Chazelle’s musical La La Land added over 1 million tickets early in the year to what was already a huge total in 2016. Then there was Dunkirk, which became a huge summer draw with a cume total of USD 2.82 million that made Korea one of the biggest markets for the World War II film. The film's director Christopher Nolan has been hugely popular in Korea. His 2014 sci-fi blockbuster Interstellar earned over USD 73.5 million and is among the top 20 best films of all time in the Korean box office.
Any copying, republication or redistribution of KOFIC's content is prohibited without prior consent of KOFIC.
Related People Related Films Related Company