MONSTRUM Takes a Bite Out of Sitges 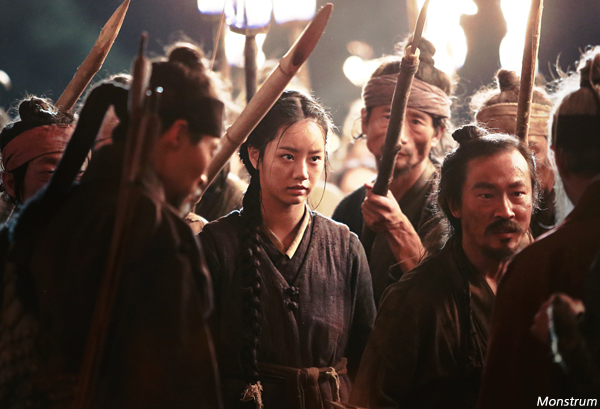 Period creature feature Monstrum is set to have its international premiere at the upcoming 51st Sitges International Fantastic Film Festival of Catalonia. From director HUH Jong-ho and featuring KIM Myung-min, KIM In-, and Girls’ Day star LEE Hye-, the monster film debuts in Korea on September 12, just ahead of the local Chuseok holidays.
During the Joseon Era, a plague ravages the kingdom while a power struggle develops in the king’s court. A general and his right-hand man are brought out of retirement to investigate rumors of a dangerous beast abound.
Director HUH debuted in 2011 with the con drama Countdown, starring JEON Do- and JUNG Jae-young, which debuted at the Toronto International Film Festival. He followed up with the crime thriller The A Missing Body (2015), starring LEE Sun- and KIM Go-.
KIM has led all three installments of the popular period investigative action-comedy series Detective K and recently signed on to appear in the upcoming Korean War epic Jangsari 9.15 alongside Hollywood star Megan Fox.
Sitges has long been a home to Korean films and typically features a large number of them in its annual program. This year’s event will take place from October 4th to 14th. Korean award winners at the Catalonia fest have included TRAIN TO BUSAN (2016)’s YEON Sang-ho and The Good, The Bad, And The Weird (2008)’s KIM Jee- for Best Director as well as Sympathy For Lady Vengeance (2005)’s LEE Young-ae and Thirst (2009)’s KIM Ok- for Best Actress.
Any copying, republication or redistribution of KOFIC's content is prohibited without prior consent of KOFIC.
Related People Related Films Related News