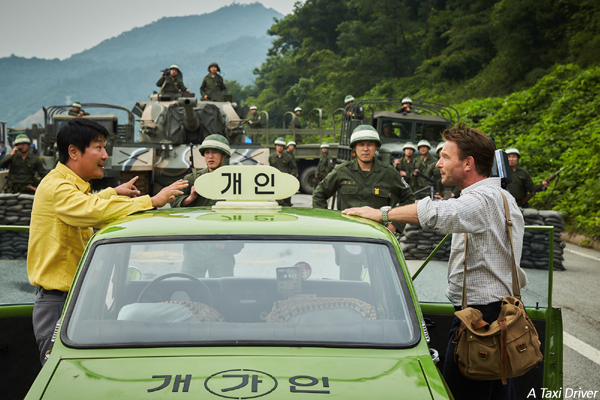 The 16th edition of the Florence Korean Film Fest bestowed both its top audience award and jury prize to last year’s smash hit political drama A Taxi Driver (2017). Taking the runner-up and third place audience prizes were the investigative thriller ORDINARY PERSON (2017) and the character comedy-drama Microhabitat, respectively, the latter of which also picked up the jury award for independent film.
Directed by JANG Hun (The Front Line, 2011) and featuring SONG Kang-ho (Memories of Murder, 2003) and international star Thomas Kretschmann (Avengers: Age of Ultron), A Taxi Driver focuses on a German reporter who travels to Seoul in May 1980 and gets a cabbie to drive him to Gwangju to cover the student protests. The film welcomed over 12 million viewers in Korea last summer.
ORDINARY PERSON, the second film of THE HERO (2013) director KIM Bong-, features SON Hyun- (Hide and Seek, 2013) as a detective in the 1980s who is asked to close a serial killer case with overwhelming evidence against a suspect, but he soon begins to suspect foul play.
The debut of director JEON Go-, Microhabitat debuted at the Busan International Film Festival last October. The film stars E Som as a young housekeeper who lives by a strict code, but when the price of cigarettes goes up she finds herself no longer able to keep a roof over her head.
This year’s festivities in Florence kicked off on March 22 with a presentation of HWANG Dong-hyuk’s period siege drama The Fortress (2017) and wound to a close with a screening of LEE Yong- comedy-thriller Room No.7 (2017), on March 30. In addition to 25 feature films and a number of shorts, Florence also hosted a retrospective and masterclass for popular actor HA Jung-woo this year.
Any copying, republication or redistribution of KOFIC's content is prohibited without prior consent of KOFIC.
Related People Related Films Related Company