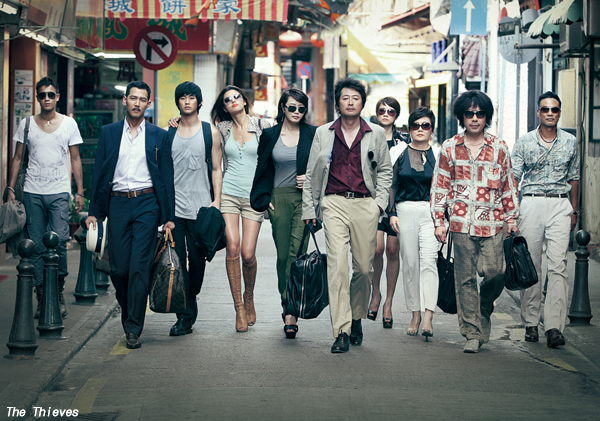 The Korean Cultural Center in the Philippines (KCC) and the Embassy of the Republic of Korea kicked off the 2015 edition of the Korean Film Festival in Davao at the SM Lanang Premiere on September 17th until the 21st and then moved on to the SM Iloilo from September 24th to the 27th. Next up will be SM City in Cebu over October 1st to 4th before the festival wraps up at the SM Megamall in Manila from October 8th to 11th.
This year’s event, employing the theme “Strings of Affinity”, is showcasing seven diverse works from the Korean peninsula. Among the films are CHOI Dong-hoon’s smash crime caper The Thieves, which topped the charts in 2012 and featured an array of stars, including Gianna JUN, KIM Yun-seok, LEE Jung-jae and KIM Hye-soo, Lunar New Year comedy Miss Granny starring SHIM Eun-kyoung as an elderly women transforming into the body of a 20-year-old girl, 2013 summer thriller Cold Eyes stars HAN Hyo-joo joining a special investigation team with SUL Kyung-gu as they must hunt down JUNG Woo-sung, SUL also headlines LEE Joon-ik’s tearjerker Hope (2013), JANG Hun’s The Front Line (2011) stars KO Soo and SHIN Ha-kyun in a Korean War drama, romantic comedy omnibus Marriage Blue (2013) feature KIM Gang-woo and KIM Hyo-jin among many others, and, lastly, Duresori : The Voice of the East (2012) is a high school choir drama shot in documentary style.
The Korean Film Festival was organized with help from the Film Development Council of the Philippines (FDCP), the Film Cultural Exchange Program, the Korean Film Council, the Korea Copyright Commission, the Korea Tourism Organization, SM Cinema and SM Supermalls. All films are free of charge and feature English subtitles.
Any copying, republication or redistribution of KOFIC's content is prohibited without prior consent of KOFIC.
Related People Related Films Related Company Related News