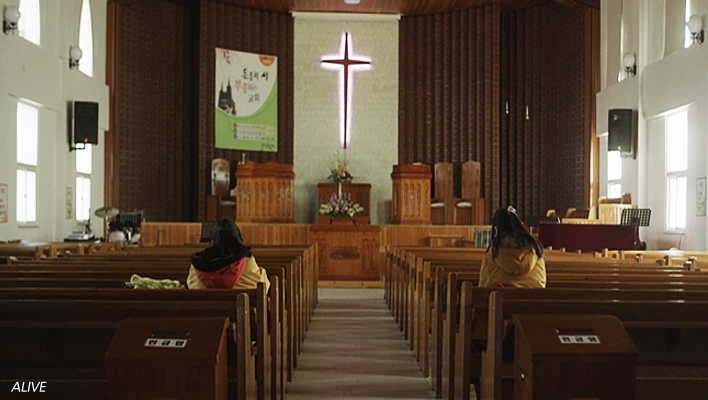 Taking part in the upcoming 15th Tokyo Filmex’s competition will be PARK Jung-bum’s new film Alive. The director previously competed at the festival with his debut The Journals of Musan (2011). Also screening in Tokyo will be July JUNG’s A Girl at My Door and KIM Ki-duk’s One on One.
Screening alongside eight other competition titles, half of which hail from the Middle East this year, Alive debuted earlier this year at the Jeonju International Film Festival. It was one of three Jeonju Digital Projects (the others being SHIN Yeon-shick’s The Avian Kind and György Pálfi’s Free Fall) in 2014, the first time the projects have been feature length. PARK’s film went on to compete at the Locarno International Film Festival before screening at the Toronto and Busan International Film Festivals. PARK’s The Journals of Musan picked up the Special Jury Prize at Filmex in 2011.

Following its debut in the Cannes Film Festival’s Un Certain Regard section, JUNG’s A Girl at My Door, which features BAE Doo-na and KIM Sae-ron, will screen out of competition. Meanwhile, KIM Ki-duk’s 20th feature One on One, which served as the opening film of the Venice International Film Festival’s Venice Days sidebar this year, will have a special screening. KIM’s Arirang and Pieta earned the Audience Awards at Filmex in 2011 and 2012.
In past years, SONG Il-gon’s Flower Island (2001) and YANG Ik-june’s Breathless (2008) have picked up the Grand Prize at Filmex. The 15th Tokyo Filmex opens with TSUKAMOTO Shinya’s Fires on the Plain on November 22nd and is set to conclude with David Cronenberg’s Maps to the Stars on the 31st.
Any copying, republication or redistribution of KOFIC's content is prohibited without prior consent of KOFIC.
Related People Related Films Related Company