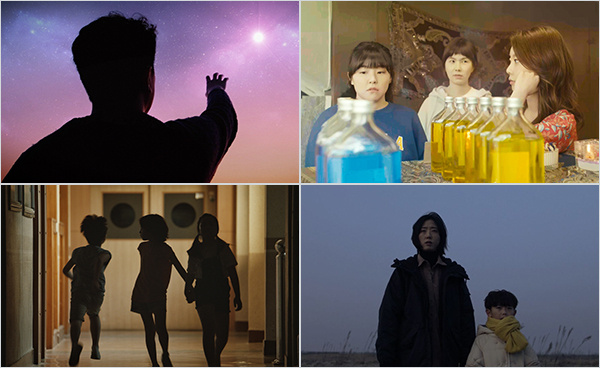 With its myriad genre delights, festive atmosphere and close proximity to Seoul, the Bucheon International Fantastic Film Festival (BiFan) has long been a special pilgrimage for many of Korea’s most ardent film lovers. I’ve been delighted to count myself among them for the last nine years, having attended my first edition in 2012, just a month after I arrived in Korea, and never missing an edition since then. BiFan beat the odds and successfully returned this year, opening on July 9 with the world premiere of WHISPERING CORRIDORS 6: THE HUMMING, the latest instalment in the long-running horror franchise.
No two BiFans are ever the same, with different programs, sidebars and themes, of course, but also a collection of international guests who change from year to year and bring their own flavor to Bucheon, not to mention the unpredictable weather, which seesaws from scorching, bright summer days to somber torrential downpours, with a very occasional blustery evening chill taking you by surprise.
BiFan veterans must also contend with the ever-changing, dynamic nightlife, as favored chicken and beer joints and BBQ eateries don’t always survive until the next edition. Yet at least one brick-and-mortar joint has stood the test of time, the legendary pajeon (Korean pancake) and makgeolli (rice wine) bar Jijimi, with its snarling wooden interiors and animated chats stretching long into the night, which is located just a stone’s throw from the Koryo and Polaris Hotels, West of City Hall and home to the festival’s many guests, as well as its industry gatherings (B.I.G.) and project market (NAFF).
Of course, 2020 was more different than most years, as all four corners of the world have been forced to content with the onslaught of COVID-19, which has reshaped the way we go about our daily lives. For BiFan, this meant rebranding itself as a hybrid event, with both physical screenings and an online showcase on the WATCHA streaming platform of part of its program. The general public was welcomed with open arms, but compared to previous years screenings were limited to just one main venue (CGV Sopoong), rather than the four it normally employs, and seating was capped at 30% to keep all attendees safe. Masks were obligatory during screenings, while QR code check-ins, wristbands and temperature checks were required before gaining access to screenings and volunteers handed out disinfectant packs to viewers before entering auditoriums. 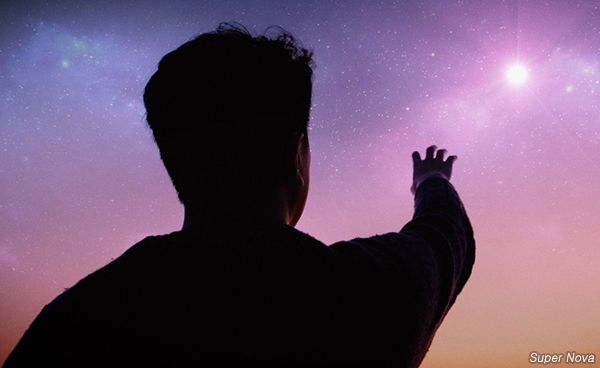 The 24th BiFan was also a very different year for me personally. I’ve had the pleasure and privilege of attending the festival as a member of the press for many years, and once even as a NAFF project participant, but in 2020 I had the great honor of being invited to return as a member of the jury for the Korean Fantastic Features competition. Along with my fellow jurors, A Midsummer’s Fantasia (2015) director JANG Kun-jae and EOM Hye-jung, the cinematographer of Bluebeard (2017) and the hit Netflix series Extracurricular, I had the uniquely stimulating experience of watching nine competition films and another four special invitation features, each representing a very different kind of cinema.
Naturally opinions varied across our group as we filed out each screening and quickly exchanged brief impressions but irrespective of each film’s strengths or limitations (production budgets ranged from low commercial to micro-budget student fare), each work’s reason for having been programmed shined through clearly each time.
As an enthusiastic viewer of the Korean titles that debut in Bucheon each summer, I was delighted that festival veterans BACK Seung-kee and JANG Hyun-sang returned with some of their strongest directorial efforts. BAEK’s first fit Super Virgin (2014) debuted at BiFan in 2012 and its first screenings, during which the generally polite Bucheon audiences were rolling in the aisles, remains a highlight. BACK’s no-budget films are an infectious blend of genre pastiche and emotional earnestness that has turned him into a festival favorite. BACK returned this year for the fourth time with his loving Interstellar homage Super Nova, once again starring his trusted leading man SON Yi-yong. 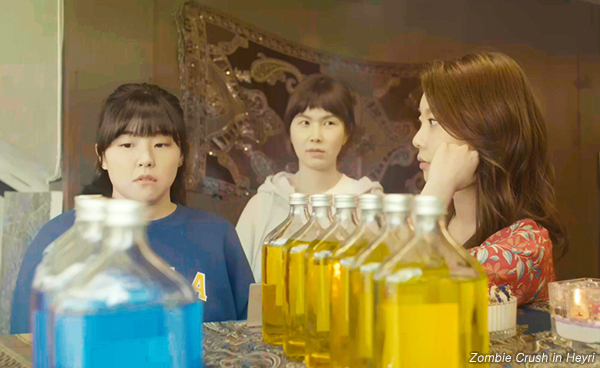 Director JANG’s third film Coffee Noir: Black Brown, a dystopian coffee prohibition resistance comedy-drama, was one of the competition highlights in 2017, and he was back last year with Abyss: The Girl’s Eye (2019). This year he was back with his most ambitious effort yet, Zombie Crush in Heyri, an inventive and terrifically cast zombie drama centered on the Heyri art community in Paju. GONG Min-jeong, LEE Min-ji and PARK So-jin are terrific as a trio of friends who band together to save their community at the outset of a zombie outbreak.
Marking her BiFan debut was SEO Eun-young, a veteran of a different festival whose debut Overman (2016) picked up the Daemyung Culture Wave Award at the Busan International Film Festival in 2015. Her accomplished second feature Go Back ties the story of junior police officer and a social worker whose lives begin to revolve around a mysterious kidnapping case. PARK Ha-seon and HA Yun-kyung excel as the leads of this deftly plotted mystery-thriller.
Making his debut with an artful comedy-drama that could just as easily have bowed in competition at Jeonju or Busan, KIM Lok-kyoung impressed with his aptly-named Festival, the story of a young man forced to leave his father’s funeral to take a high-paying MC job in the country that will pay for the service he and his sister cannot afford. Young actor HA Jun is excellent in a demanding role that sees him bottle up several complicated emotions over time while only allowing certain shades of his emotions to be seen by those around him at any one time. 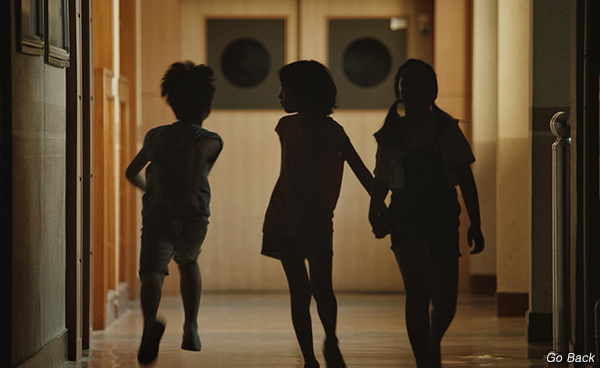 Pushing the envelope of Korean animation was CHO Kyung-hun’s webtoon adaptation Beauty Water. In some ways a spiritual and stylistic descendant of Director YEON Sang-ho’s early animated indie features, CHO’s wickedly dark tale follows a girl’s dangerous transformation into an idol after bathing herself in the titular beauty water.
OH Ji-ho and SHIN So-yul get to show off their comic chops in the martial arts family comedy The Therapist: Fist of Tae-baek, the second film by The Whispering (2018) director CHOI Sang-hun. OH is a taekwondo master who tries to retire to a quiet family life as an acupuncturist, only for his past to catch up with him.
Following several shorts, director JUNG Ha-yong makes his feature debut with Possessed. Part paranormal investigator horror-comedy, part black gangster comedy, it brings together an ensemble of enthusiastic performers in a story with outrageous encounters.
Another ensemble piece is the chamber sci-fi comedy There Is an Alien Here, the first theatrical feature from CHOI Eun-jong, who previously made the web movie Dokdo Rewind (2018). Following an alien invasion, members of a special club unite in a secret location, but before long they realize that one among them is an alien who must be eliminated. 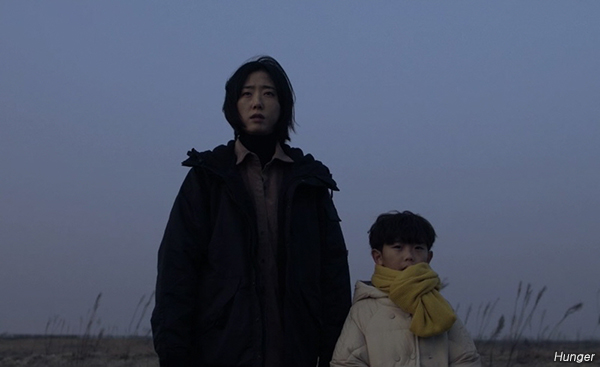 Finally, young cineaste KANG Da-yeon presented her lo-fi yet bold and ambitious debut Hunger, a rough-around-the-edges arthouse sci-fi title that shows a lot promise. The film allegorically examines the divide between the rich and poor in the story of a dystopian near-future society through a young girl’s eyes.
Beyond these nine competition titles, we also watched a quarter of specially-invited features, which included the lively and engaging teenage queer drama Where Your Eyes Linger, the brief but very amusing possessed-hand-in-toilet horror-comedy The Hand, the thoughtful indie sci-fi docu-drama The Interviewees and the high school bromance and schoolyard fisticuffs drama Boys Be!!.
Despite limited seating and the many precautions set in place to protect audiences, this year’s BiFan managed to retain that special feeling that can only arise when an excited festival audience sits down together to discover something brand new. Being a part of that this year as a jury member make it extra special for this writer and I look forward to returning again as a reporter for my tenth edition next year, when hopefully a larger audience will once again be able to benefit from the manifold pleasures that are on show, year after year, at Asia’s most prestigious genre film event.
Any copying, republication or redistribution of KOFIC's content is prohibited without prior consent of KOFIC.
Related People Related Films Related Company Related News 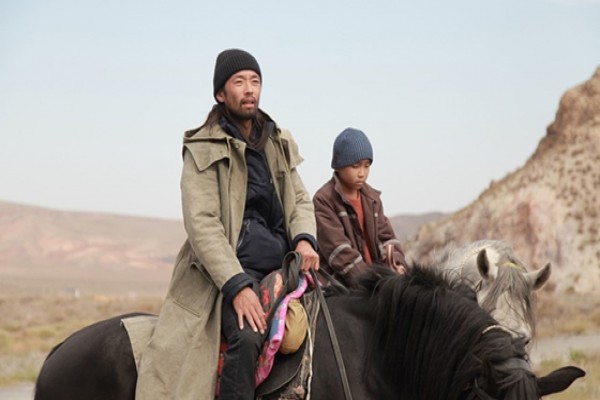 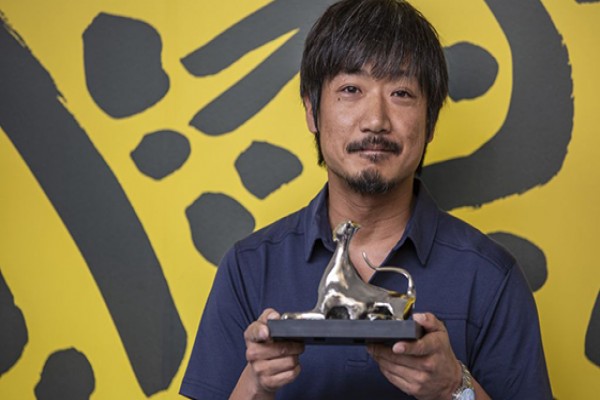