LEE Won-suk to Direct WOMAN IN CRISIS Series on Netflix 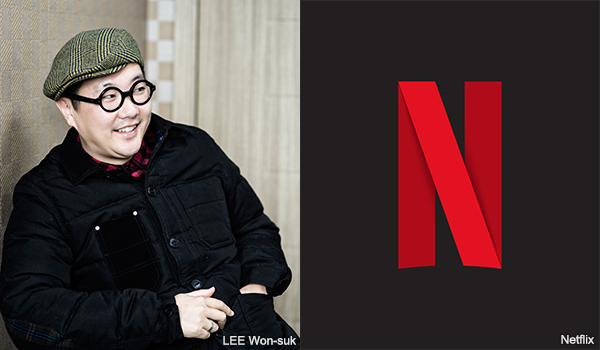 Director LEE Won-suk has partnered with Netflix for the upcoming fantasy drama series Woman in Crisis. Penning the project will be writer KIM Su-a. The project is currently in development, while Director LEE is also working on post-production for his new film Killing Romance (translated title) with LEE Ha-nee and LEE Sun-kyun.
The story will concern a hit writer of ‘makjang’ dramas, a term referring to exaggerated daytime soap operas, who is sucked into the world she created and must now find a way to get out.
LEE made his debut as a director in 2013 with How to Use Guys with Secret Tips, a romcom that failed to attract a large audience at the time of its release but has developed a cult following over the years owing to its madcap humor and inventive visuals. He followed that up in short order with the period drama The Royal Tailor (2014). Meanwhile KIM Su-a is known for writing the scripts to Wishing Stairs (2003) and Hellcats (2007) and being a script editor on Whatcha Wearin’ (2012).
LEE is the latest acclaimed filmmaker to join forces with Netflix for an original drama series. Others have included KIM Seong-hun (Tunnel, 2016) with Kingdom, LEE Kyoung-mi (The Truth Beneath, 2016) with The School Nurse Files as well HWANG Dong-hyuk (Miss Granny, 2014), HAN Jun-hee (Coin Locker Girl, 2014) and YEON Sang-ho (TRAIN TO BUSAN, 2016), who are working on the upcoming series Round Six, D.P. Dog Day and Hellbound, respectively.
Any copying, republication or redistribution of KOFIC's content is prohibited without prior consent of KOFIC.
Related People Related Films Related News