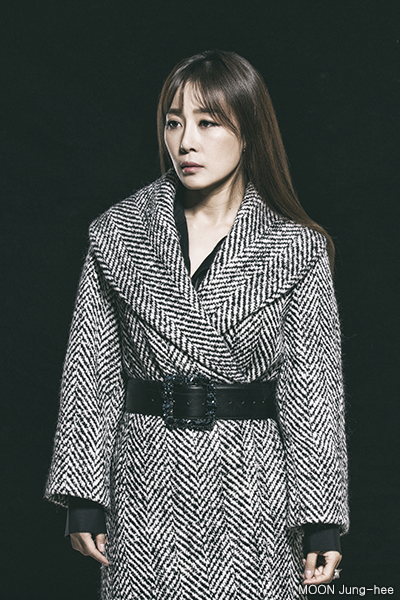 MOON Jung-hee has been offered a role alongside LEE Byung-hun and YOO Ah-in in the upcoming drama The Game (translated title). According to news reports, she is positively considering taking on the part in what is quickly shaping up to be one of the most anticipated major films on the horizon.
The film will chronicle the rivalry between CHO Hun-hyun and LEE Chang-ho, two legendary players of the board game Go (also known as baduk in Korea). LEE Byung-hun is set to play CHO, a champion player, while YOO will play LEE, CHO’s protege in the 1980s and later his rival in the following decade. The part MOON is eyeing is said to be of an influential character in CHO Hun-hyun’s life.
A veteran character actress who has impressed in a range of roles over the years, MOON drew particular attention for her scene-stealing turn in HUH Jung’s 2013’s mystery-thriller hit Hide and Seek. Her other major roles include Deranged (2012), Cart (2014) and Pandora (2016). She will be back on screens this week in the crime drama THE DAY I DIED : UNCLOSED CASE alongside KIM Hye-soo.
The film is to be directed by KIM Hyung-ju, who previously helmed the crime comedy The Sheriff in Town (2017), and it will be produced by Moonlight Film, the company founded by director YOON Jong-bin, which also backed The Sheriff in Town (2017).
Any copying, republication or redistribution of KOFIC's content is prohibited without prior consent of KOFIC.
Related People Related Films Related Company Related News