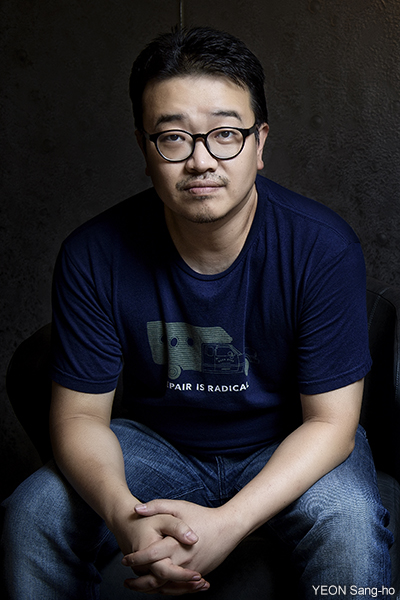 TRAIN TO BUSAN (2016) director YEON Sang-ho is gearing up for a new challenge as a TV writer as reports suggest he will pen the script for the upcoming series Method (translated title) for cable network tvN. Hope (2013) star UHM Ji-won is considering an offer to star in the project, which will be helmed by Champion (2018) director KIM Yong-wan.
Method is described as an occult thriller concerning a powerful IT company guided by an evil spirit. The only people aware of the truth are a girl with supernatural powers and a determined reporter, which is the role being considered by UHM.
YEON got his start as an acclaimed animated filmmaker with The King of Pigs (2011), which screened at the Cannes Film Festival in 2012, and The Fake, which debuted at the Toronto International Film Festival in 2013. After making Seoul Station (2016), but prior to releasing it, he jumped up to commercial live action filming with TRAIN TO BUSAN, which bowed to massive acclaim in the ‘midnight screenings’ of the Cannes Film Festival and went on to become the top-grossing Korean film of 2016, with over 11 million viewers recorded.
However, Method is not his first experience in the TV world, as his animated film The Fake was adapted into Save Me 2, which was directed by Door Lock (2018) filmmaker LEE Kwon and debuted on OCN earlier this year.
Meanwhile, YEON is currently busy on set, shooting Peninsula (translated title) with GANG Dong-won and LEE Jung-hyun, the highly anticipated sequel to his 2016 global smash TRAIN TO BUSAN.
Any copying, republication or redistribution of KOFIC's content is prohibited without prior consent of KOFIC.
Related People Related Films Related News