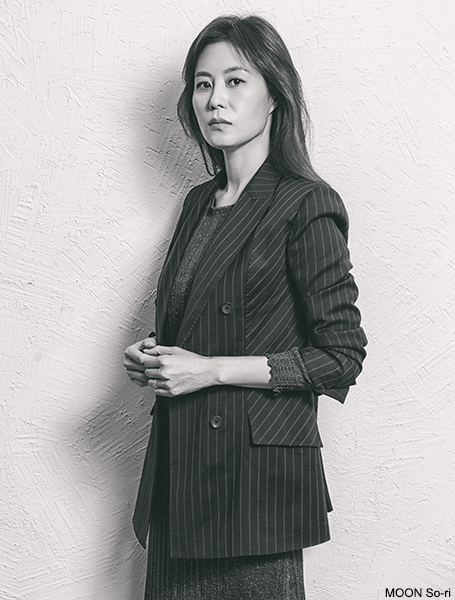 Veteran performer MOON So-ri was recently honored at the Hawaii International Film Festival (HIFF), where she was given the 2018 Halekulani Career Achievement Award. The star has been a leading figure of the Korean film industry for almost 20 years and recently turned her hand to directing.
MOON debuted in LEE Chang-dong’s seminal work A Peppermint Candy, which opened the Busan International Film Festival in 1999. She teamed up with the auteur once more for 2002’s Oasis, which earned her the Marcello Mastroianni Award from the Venice International Film Festival. Among her most notable credits are IM Sang-soo’s A Good Lawyer’s Wife (2003), YIM Soon-rye’s Forever The Moment (2008), Hong Sangsoo’s Like You Know It All (2009) and In Another Country (2012).
Behind the camera, MOON collected three short films she starred in and directed and released the well-received omnibus The Running Actress (2017) last year, which went on to have its international premiere at the Udine Far East Film Festival. In October, she appeared in a pair of independent films that debuted at this year’s Busan International Film Festival: ZHANG Lu’s Ode to the Goose and YI Ok-seop’s debut film Maggie. MOON also recently completed filming on the trial drama The Jurors (translated title).
The Running Actress was one of nine Korean films screened at HIFF this year, alongside Last Child, Sunset in My Hometown, The Witch : Part 1. The Subversion, FENGSHUI, The Great Battle, Herstory, On Your Wedding Day and Adulthood.
Any copying, republication or redistribution of KOFIC's content is prohibited without prior consent of KOFIC.
Related People Related Films Related Company Related News