LEE Young’s TROUBLERS selected as Independent Film of the Year 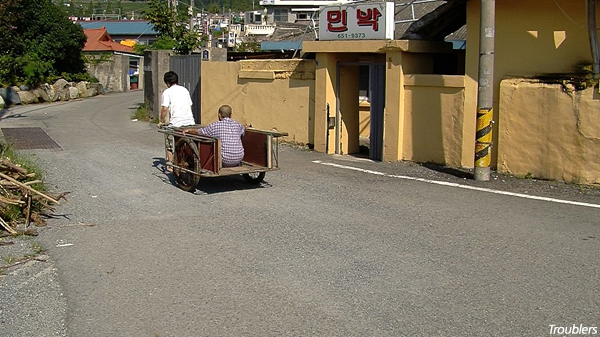 Director LEE Young’s LGBTQ documentary Troublers has been chosen as the 2017 Independent Film of the Year by The Association of Korean Independent Film & Video (KIFV).
KIFV made the announcement on December 29, noting that LEE’s film allowed viewers to experience another level of life and became an invaluable force during the year. “This is a movie that is needed right now and not later,” KIFV added when issuing the announcement.
Troublers, which chronicles hatred and discrimination faced by members of the LGBTQ community, was first screened at both the DMZ International Documentary Film Festival and the Seoul Independent Film Festival in 2015 but did not receive a theatrical release until July of 2017. Frequently focusing on LGBTQ issues, LEE’s most recent films include The Skeleton of Devastation (2015), Out : Smashing Homophobia Project (2007) and Lesbian Censorship in School 1 (2005).
Since 2014, The Association of Korean Independent Film & Video has selected one film and one director for the award annually. Members of KIFV vote from a list of films and directors curated by a special committee. To qualify, films should be released within the year and be feature length. Genre films are ineligible for the award. This year, 26 films were nominated, with the list including titles such as Jane, Loser’s Adventure and The Running Actress. Meanwhile, PARK Jong-pil, the director of Forgetting and Remembering 2 : reflection who passed away last July, received the award for Independent Director of the Year.
Any copying, republication or redistribution of KOFIC's content is prohibited without prior consent of KOFIC.
Related People Related Films Related Company