THE FORTRESS Set to Conquer Rotterdam 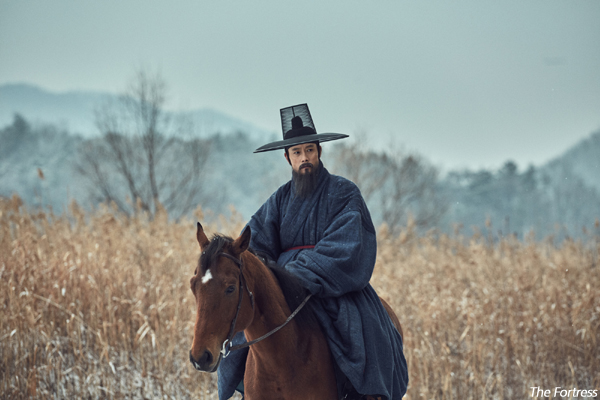 Three Korean projects have already been confirmed for the upcoming 47th International Film Festival Rotterdam (IFFR), which will take place from January 24th to February 4th. HWANG Dong-hyuk’s period siege drama The Fortress, LEE Kwang-kuk’s latest indie drama A Tiger in Winter and Malene CHOI Jensen’s Danish-Korean co-production The Return are all set to screen in Holland.
Starring LEE Byung-hun, KIM Yun-seok and PARK Hae-il, The Fortress chronicles the siege at Namhansanseong Fortress, which took place during the Qing Invasion of Korea in the 17th century. A solid performer during the recent Chuseok holiday, the film is the latest from hitmaker HWANG, whose credits include Silenced (2011) and Miss Granny (2014). The film debuted internationally as the opening film of the London East Asian Film Festival.
LEE’s A Tiger in Winter, which stars LEE Jin-wook and KO Hyun-jung, will have its international premiere at the festival following its world premiere at the Busan International Film Festival in October. Both of his previous films, Romance Joe (2012) and A Matter of Interpretation (2015), were also invited to Rotterdam.
The Return, which will have its world premiere in Rotterdam, follows the experiences of two Danish-Korean adoptees who visit their country of birth as they grapple with their personal identities. The film is partly inspired by the director’s real-life experiences.
Any copying, republication or redistribution of KOFIC's content is prohibited without prior consent of KOFIC.
Related People Related Films Related Company