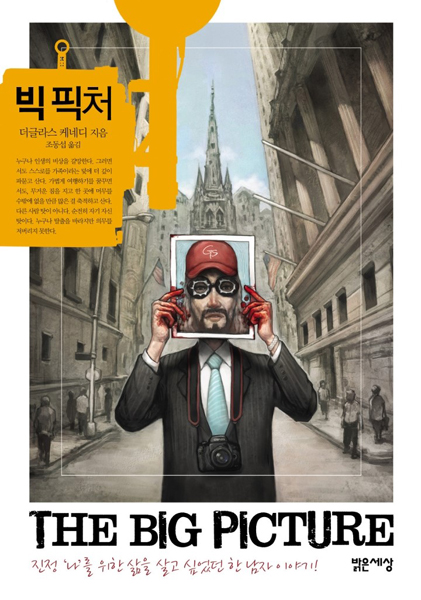 Following last year’s critical indie hit The Bacchus Lady, director E J-yong has set his next project, which will be a Korean remake of the French thriller L’Homme qui voulait vivre sa vie (‘The Man Who Wanted to Live His Life’), based on the novel ‘The Big Pictures’ by author Douglas Kennedy.
The Big Picture involves a high-powered lawyer who murders his wife’s lover and begins to take on his identity. Production on the update is expected to take place in the third quarter of next year.
Backing the project is Korean production company and international sales agent Mirovision. The company’s president Jason CHAE calls the project the most ambitious in his outfit’s history, surpassing the budget and scope of IM Sang-soo’s The Housemaid (itself a remake of the 1960 KIM Ki-young's film of the same name), which debuted in competition at the Cannes Film Festival in 2010. Production will coincide with the company’s 20th anniversary in 2018.
Mirovision kicked off sales on the title during this year’s American Film Market in Santa Monica, CA, after missing the market last year. The company also included two new titles in its lineup: Colors of Wind, a Japanese-Korean co-production from My Sassy Girl (2001) director KWAK Jae-yong, and Mermaid Unlimited, the latest from Jiseul (2012) filmmaker O Muel, which debuted at the Busan International Film Festival last month.
Director E’s The Bacchus Lady, which stars YOUN Yuh-jung, debuted at the Berlin International Film Festival last year. His other famous credits include Untold Scandal (2003), Dasepo Naughty Girls (2006) and The Actresses (2009).
Any copying, republication or redistribution of KOFIC's content is prohibited without prior consent of KOFIC.
Related People Related Films Related Company