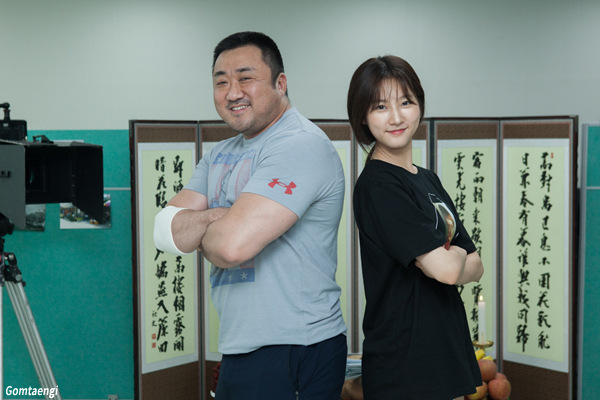 KIM Sae-ron and Don LEE are teaming up for the second time on the upcoming drama Gomtaengi (working title) from director LIM Jin-sun. Their first collaboration was the 2012 serial killer thriller The Neighbors.
KIM is on board to play a high school student who is the Gomtaengi of the title. Gomtaengi is a slang word used in Korea to denote slow-witted people. Her character becomes skeptical when her friend suddenly disappears. LEE plays her kind PE teacher in a story that is being described as a heartwarming drama.
The project marks the first film role for KIM since the indie Snowy Road. She has recently become very active on the small screen, after making her mark in films such as The Man From Nowhere (2010) and A Girl at My Door (2014).
LEE (aka MA Dong-seok) has gone from strength to strength during his career and he reached a peak last year when he starred in TRAIN TO BUSAN and Familyhood. His upcoming films include Crime City (translated title) and Along with the Gods Part 1 and 2.
Also featuring in the film will be JANG Kwang (Silenced, 2011), TV actor LEE Sang-yeob (Flu, 2013) and OH Hee-joon (VANISHING TIME: A BOY WHO RETURNED, 2016).
Gomtaengi is the sophomore work for director LIM, who debuted with the indie Super Star in 2012.
Any copying, republication or redistribution of KOFIC's content is prohibited without prior consent of KOFIC.
Related People Related Films Related News