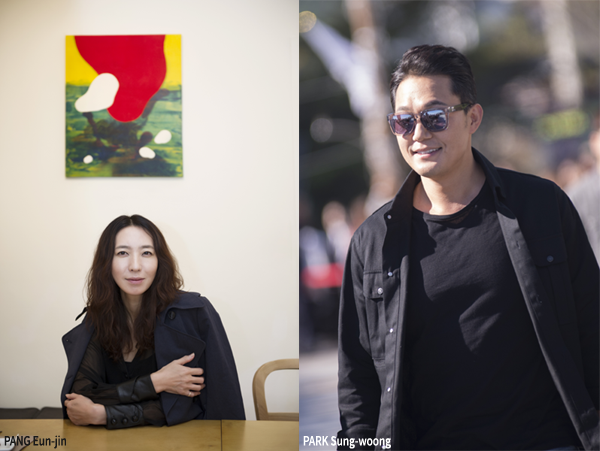 Director PANG Eun-jin is returning with her fourth film Unchain, which is set to begin shooting this month with PARK Sung-woong as the lead. The cast of the melodramatic fantasy will also feature OH Seung-hoon and YUN Seung-a.
PARK will play Jae-ha, a stage actor who co-stars with a younger Kpop star in a stage play called Unchain. The characters they play become a gay couple and as both actors get more involved with tense rehearsals, reality and fiction begin to mingle.
Most recently seen in The Tooth and the Nail, PARK is a renowned actor in both leading and supporting roles in Korean cinema, with recent credits that include A Violent Prosecutor (2016) and The Shameless (2015).
Playing his co-star is OH Seung-hoon, a young actor and model taking his first steps in the industry, while YUN Seung-a will play Jae-ha’s girlfirend, PARK and YUN previously co-starred in The Deal (2015).
Formerly a notable actress in the 1990s who appeared in films such as PARK Chul-soo’s Three-Oh-One, Three-Oh-Two (1995), PANG later debuted as a filmmaker with the thriller Princess Aurora in 2005. She subsequently made Perfect Number (2012) and Way Back Home (2013).
The project is being produced by Channel CGV and Atnine Film. Unchain will film for around a month and will be made available on Channel CGV shortly after being introduced in theaters.
Any copying, republication or redistribution of KOFIC's content is prohibited without prior consent of KOFIC.
Related People Related Films Related Company