Feb 10, 2017
Busan and Jeonju Titles Presented at Market in Berlin 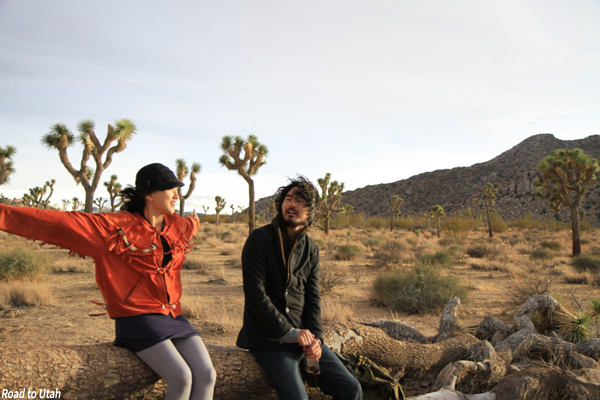 Indie film distributor Mirovision is presenting a collection of festival hits at this year’s European Film Market in Berlin. The newest title in their lineup is the horror-thriller Collision, from directors LEE Yun-ho and Heo Seo-hyoung, which is having a market screening at EFM.
Road to Utah, the KIM Jeong-jung film which debuted at the Busan International Film Festival, stars LEE Jin-wook and RYU Hye-young as a depressed pair meandering through the American West. Also from Busan is the debut feature Second Winter by KIM Euigon about a young but poor couple who want to move to a better apartment. KO Bong-soo’s DELTA BOYS debuted at the Jeonju International Film Festival last year, where it picked up the Grand Prize in the Korean Competition.
JEONG Ka-young stars in and directs Bitch On the Beach, which premiered at the Seoul Independent Film Festival in December. LEE Hyun-jung’s third feature Night Song was one of the Jeonju Cinema Projects in 2015. Also in their lineup is LEE Sang-woo’s Bittersweet Brew, which was previously represented by 9ers Entertainment.
Mirovision also has a number of upcoming titles in their lineup. Debut director JI Sung-won’s The Executioner’s Daughter features KIM In-kwon in a tale of a small village which is beset by strange events which seem to be linked to a young girl. 26 Years (2012) director CHO Geun-hyun is returning with Heyday, which stars singer KIM Wan-sun as a has-been singer whose meandering daily life begins to drift between reality and dreams when she meets a character from one of her songs. Animators AHN Jae-hoon and HAN Hye-jin return with a pair of works based on Korean classics, The Shaman Sorceress and Shower.
Collision, Road to Utah and DELTA BOYS all have market screenings at EFM.
Any copying, republication or redistribution of KOFIC's content is prohibited without prior consent of KOFIC.
Related People Related Films Related Company