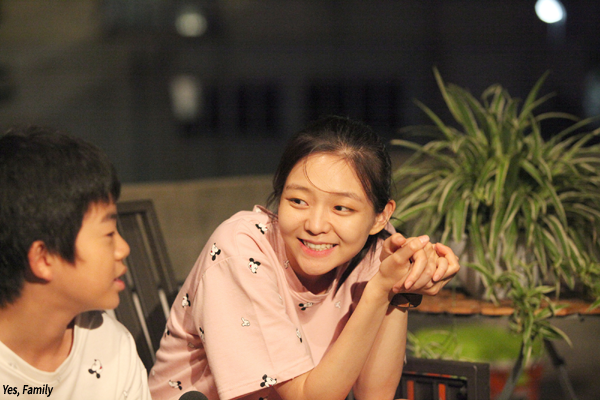 For the first time since it set up shop in Korea, the Walt Disney Company will distribute a Korean film. The film is the comedy Yes, Family and it is slated to be released on February 15th.
Previously known as The Youngest during production, Yes, Family, is a heart-warming and comedic tale of four siblings. Soo-kyung is a reporter, with an older brother called Sung-ho and a younger sister named Joo-mi. She views her siblings as burdens, but one day, all their lives are turned upside down when, Nak, their youngest sibling, appears in front of them.
The film stars LEE Yo-won of Perfect Number (2012) as the reporter, The Tiger’s (2015) JUNG Man-sik as the eldest, Scarlet Innocence’s (2014) E Som as the younger sister and JEONG Jun-won of A Melody to Remember (2016) as the youngest. Debut filmmaker MA Dae-yun directed the project.
Disney was the top foreign distributor of films in Korea last year, with both of their Marvel titles, Captain America: Civil War and Doctor Strange managing to be the only non-Korean films to make it onto the 2016 top ten list at the Korean box office. The Hollywood major is hoping to pierce the Korean market by distributing a broadly appealing family film, which is why they selected Yes, Family as their first Korean title for distribution.
Any copying, republication or redistribution of KOFIC's content is prohibited without prior consent of KOFIC.
Related People Related Films Related Company