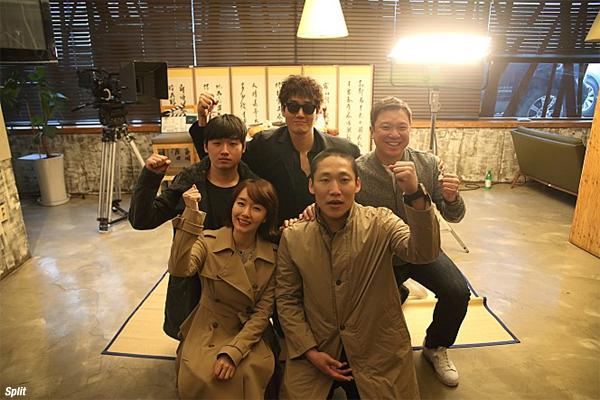 YOO stars as Cheol-jong, a bowler who used to have a promising career but became cut off from the world after being involved in an accident. He then meets Yeong-hoon, a brilliant younger bowler who will be played by LEE Da-wit.

In order to prepare for the role, YOO has reportedly been spending time taking in bowling competitions and practicing the sport every day. Active since the late 1990s, YOO is primarily famous for his role as the antagonist in PARK Chan-wook’s Old Boy and has also featured in notable films such as One Fine Spring Day (2001) and Antarctic Journal (2005). This year he is also starring alongside JEON Do-yeon in a Korean TV remake of US show The Good Wife. In recent years he has also turned to directing, debuting the indie drama Mai Ratima at the Busan International Film Festival in 2012.

Rising star LEE Da-wit has appeared in titles such as PLUTO (2013) and KUNDO : Age of the Rampant (2014). LEE Jung-hyun most recently earned acclaim for her leading role in Alice In Earnestland (2015) while CHUNG Sung-hwa is a notable character actor with credits that include Dancing Queen (2012) and The Pirates (2014).

Split marks the directing debut of CHOI Kook-hee, a short film director and Korea National University of Arts graduate who previously made Blue Decoding (2002), The Springtime Of Life (2005), Life Goes On (2006) and Carnival (2007).