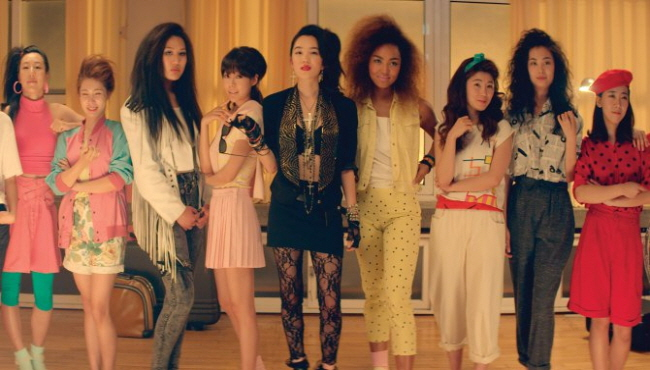 The Seattle International Film Festival (SIFF), the most well-attended film event in the United States, concluded its 41st edition on June 7th, and among its award winners was the US-Korea co-production Seoul Searching, a period-set teen comedy which bowed earlier this year at the Sundance Film Festival.
From filmmaker Benson LEE (Battle of the Year, 2013), Seoul Searching draws on the director’s experience at a summer camp in Seoul circa 1986, which invited Korean immigrants from all around the world to rediscover their homeland. Infused with a passion for the work of the late John Hughes, the film follows the madcap antics of a motley crew of teens from all corners of the globe, mixed with a touch of Korean-style drama.
The film was honoured with the Youth Jury Award for Best Futurewave Feature at SIFF. Meanwhile, the event’s top prize was scooped by James Napier Robertson’s The Dark Horse from New Zealand.
Also screening at SIFF this year were six other Korean features, including the BONG Joon-ho produced Haemoo, Cannes thriller A Hard Day, IM Kwon-taek’s Revivre, the animation The Satellite Girl and Milk Cow, LEE Kwang-kuk’s A Matter of Interpretation and the JIFF Cinema Project Free Fall from Hungarian cineaste György Pálfi.
Any copying, republication or redistribution of KOFIC's content is prohibited without prior consent of KOFIC.
Related People Related Films Related Company