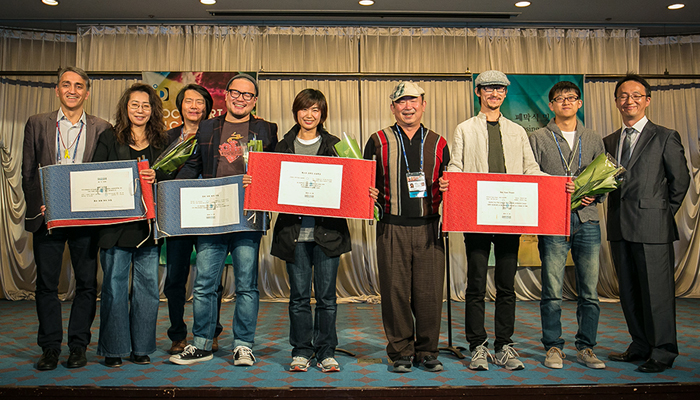 Current Status of Korean Documentaries Receiving Global Attention
There is something unusual about Korean documentaries. So far, documentaries have been unnoticed even at film festivals just because they are not profitable, but they are getting ready to fly high. Winning awards at foreign film festivals is a remarkable result. Non Fiction Diary directed by JUNG Yoon-suk and A Dream of Iron by Kelvin Kyung Kun PARK won the NETPAC award, which is given to the best Asian film at the Forum section of the Berlin International Film Festival, in February and Splendid but Sad Days of LEE Hong-ki won the grand prize at Focus Corée, a French film festival newly held in March. At the TAIWAN International Documentary Festival, closed on October 19th, The Empire of Shame won the International Grand Prize and Paldang was a co-winner in the Asian Vision section. Kelvin Kyung Kun PARK’s A Dream of Iron won the Best Documentary Award at the Asian Film Festival Roma 2 weeks before he won the Author’s POV Award at the TAIWAN International Documentary Festival.
This success doesn’t end up only at film festivals. Korean documentary films approved for their cinematic value have recently been funded from foreign investors from the planning phase. Korean independent producers have attempted innovation in various ways in terms of investment and production during last several years. While filmmakers tried to get chances to go abroad by submitting complete films to foreign film festivals in the past, they also go for global collaborative production these days by participating in foreign documentary pitching forums at the planning stage as well as securing pre-production funds and distribution routes.
There are some films produced in this way. Wind on the Moon directed by YI Seung-jun and Here Comes Uncle Joe by HA Si-nae and CHOI Woo-hyeong, made by virtue of interest and support of multiple organizations such as Sundance Institute and the Tribeca Film Institute, are examples. Wind on the Moon was made with the help of the global personal connections of KIM Min-chul, who also helped him with the previous work Planet of Snail by making it possible to screen the film at major TV networks of European countries including the UK, France, the Netherlands and Belgium. He recently founded ‘Doc Air’, a documentary distributor aiming to actively send Asian documentaries to the world. Besides Wind on the Moon, The Hospice by LEE Chang-jae, Factory Complex by IM Heung-soon and Vanished by KIM Sung-min are in the line-up.
The project proposal of Korean style road documentary Here Comes Uncle Joe was submitted to ‘Sunny Side of the Doc’, a representative documentary forum and market of France, where it was picked as the best project and proved the possibility of its global success. Therefore, the production fee and distribution routes of the film were secured in the form of co-production with American public broadcasting system ITVS and Japanese TV network NHK as well as Korean SBS. Since active moves fruited feasible results as such, Korean independent producers have joined world widely renowned documentary pitching events like ‘Sunny Side of the Doc’, ‘The International Leipzig Festival for Documentary and Animated Film’, ‘The International Documentary Film Festival Amsterdam’ and ‘The Documentary Campus’ to look for foreign partners for co-production.
Docs Port Incheon 2014, Opened New Doors 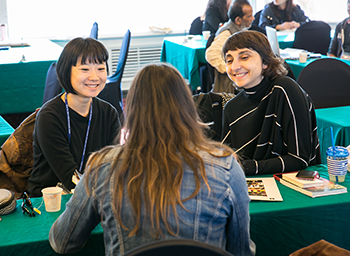 International reactions to Korean documentaries have motivated the domestic film scene. Not long ago, an event which interest in documentaries of Asian countries including Korea was projected to took place in Incheon, South Korea. The Docs Port Incheon 2014 held at Paradise Hotel Incheon between November 1st and 5th was an extension of the atmosphere. Asian documentaries being planned or partially shot were pitched and evaluated so that filmmakers could find investors, production companies and distributors at the business market for documentaries. It was the first business market exclusively for Asian documentaries. Compared with previous documentary pitching events such as AND of Asian Film Market at the Busan International Film Festival or a subsection of DMZ International Documentary Festival or the Jeonju International Film Festival, it was a large and distinctive event.
The Docs Port Incheon 2014 was divided in 3 sections; ‘A-Pitch’ for Asian documentaries under planning, ‘K-Pitch’ for Korean projects and ‘Rough Cut Sales’. for incomplete or unreleased projects. The gross amount of support for the event including cash prizes and material support was 600 million KRW (552,000 USD). It was a golden opportunity for Asian documentaries as well as Korean documentaries, which couldn’t receive industrial support or investment although they gained favorable comments from overseas.
However, Korean documentary related persons at the Docs Port Incheon welcomed the rapid change and expressed worries at the same time. “It is a grateful thing to be awarded, and it certainly helps me work smoothly in Korea and receive attention from people, but reactions from overseas are not as great as they think in Korea.”, said Kelvin Kyung Kun PARK, who has won globally renowned international film festivals with A Dream of Iron, “I hope the film world to rationally consider how influential on the local market it is to win an award at a foreign film festival.” He was pointing at the fact that minute plans for actual sales in foreign markets can be set up only after precise evaluations are made.
KIM Min-chul, the producer of Wind on the Moon put stress on the idea that interest of Korean film circles in documentaries should be constant saying, “Other chances for production of and investment in documentaries by Korean films circles need to follow the Docs Port Incheon. If even the half of the cash prizes, funds and material supports that are currently managed are constantly maintained, it will be very helpful for the domain. For the documentary world to continue to prosper, chances to constantly receive investment, or a long term vision in other words, should be assured. For instance, if a market for documentaries like the Docs Port Incheon is constantly maintained for 4~5 years, Korean documentary, and also Asian documentaries will meet an opportunity to rapidly grow.”
He made sure to ask a favor of the Korean FIlm Council, a co-host of the Docs Port Incheon, saying, “I truly appreciate the Korean Film Council for helping those who submit projects to foreign film festivals with the cost for participating in the events. Yet as for documentaries, costs for planning and production or expenses needed during pitching events are more urgent. I wish that they make sure to come up with policies that can help us with such cases.”
By virtue of friendly responses from foreign markets, the situation for Korean documentaries has started a sharp change. The change started from production, but ripple effects are predicted to reach domestic distribution, screening and additional markets. This change is getting ready to spread wide to the entire world beyond Asia through a dense networking. The Docs Port Incheon 2014 was a place where we could see that Asian Documentarians are passionate and they intensively agonize over the future. It is worth expecting to see the days when the efforts of those enthusiastic people eventually emit bright light with the help of constant interest and support.
Any copying, republication or redistribution of KOFIC's content is prohibited without prior consent of KOFIC.
Related People Related Films