Completed Casting for THE CART about Discount Store Workers

Dec 10, 2013
Under BOO Ji-young’s direction, scheduled to be released next year 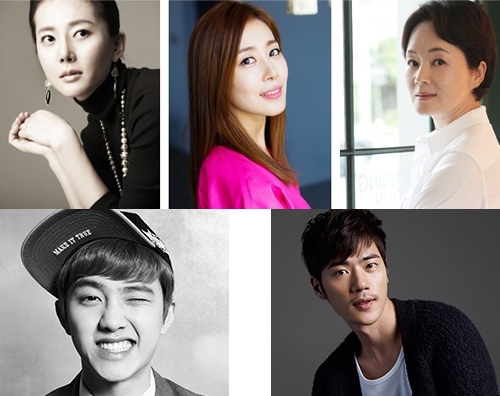 Director BOO Ji-young had expressed her feminism in Sisters On the Road (starring KONG Hyo-jin and SHIN Min-a) as well as in short films, Nima and Moonwalk, but she is coming back to the scene with a commercial film. According to Myung Films, a production company, her new movie, The Cart, is ready to launch into production as YUM Jung-ah and MOON Jeong-hee have confirmed to star in it.
The Cart is expected to depict a story about contract workers in a large discount store who are faced with wrongful dismissals. YUM Jung-ah - who had starred in The Big Swindle and The Spies - will play Sun-hee, a veteran cashier and a mother of two children. MOON Jeong-hee of Hide and Seek took the role of Hye-mi, an energetic single mom; and the only male laborer in the union, Dong-joon, will be played by KIM Gang-woo of Marriage Blue. KIM Young-ae, who recently performed in The Attorney, is casted for the cleaning lady character, Soon-rye. An idol star, D.O. of group EXO will debut as Hye-mi’s son, a high school student.
Myung Films has continued its success in box office sales with Cyrano Agency (2010), Leafie, a Hen Into the Wild (2011) and Architecture 101 (2012). The company is in preparations for more hits next year including Cremation (literal translation) directed by IM Kwon-taek and Rule of Sensuality by KWON Chil-in, the director of Singles. Recently, the film maker became an issue in the industry with its plan to establish Myung Film Institute.
Aiming to premier in 2014, The Cart begins shooting at the end of December.
Any copying, republication or redistribution of KOFIC's content is prohibited without prior consent of KOFIC.
Related People Related Films Related Company