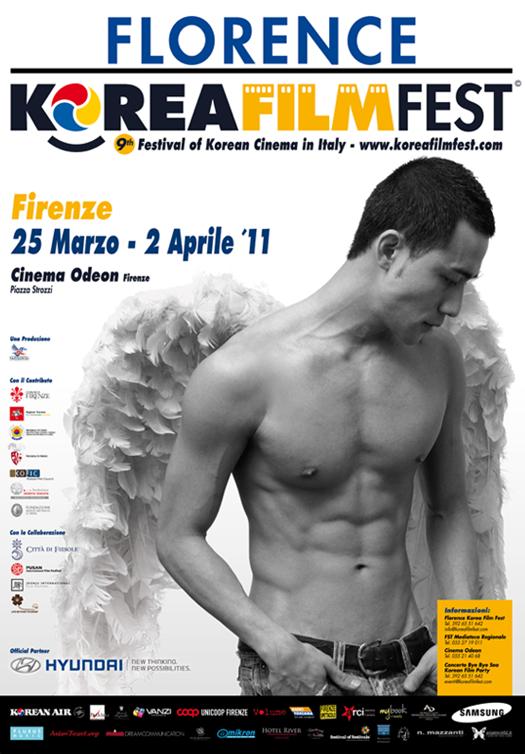 Italy was once again awash with Korean colors at the 9th Florence Korean Film Festival.

This year the festival was able to secure a veritable who’s who of Korean directors including BONG Joon-ho (The Host 2006), LEE Chang-dong (Secret Sunshine 2007), IM Sang-soo (The President’s Last Bang 2005) and LEE Kyu-man (Wide Awake 2007). In addition, as well as 10,000 audience members, a number of other guests were in attendance including Italian directors Roger Diodati, Leonardo Cinieri Lombroso and YOO Dong-suk, director of the Korean Film Festival in France (Festival Franco Coreen du Film).
The festival contained a number of sections including a retrospective of BONG Joon-ho, a special presentation of the Cannes premiering The Housemaid (IM Sang-soo 2010) as well as LEE Chang-dong’s Cannes winning Poetry (2010). Other sections included the K-Thriller Showcase and short film section ‘Shorts Shorts’. In the festivals Film Competition section ‘Korean Horizons’, the jury awarded its top prize to feature debut director KIM Sung-ho’s film She Came From (2010). The film which has also played at last year’s Jeonju International Film Festival plots the journey of a film director who, while staying in Busan, finds his own life becomes intertwined in a screenplay he is writing.
The Florence Korean Film Festival began March the 25th and wrapped up April 2. The festival is held with support from KOFIC.
Any copying, republication or redistribution of KOFIC's content is prohibited without prior consent of KOFIC.
Related People Related Films