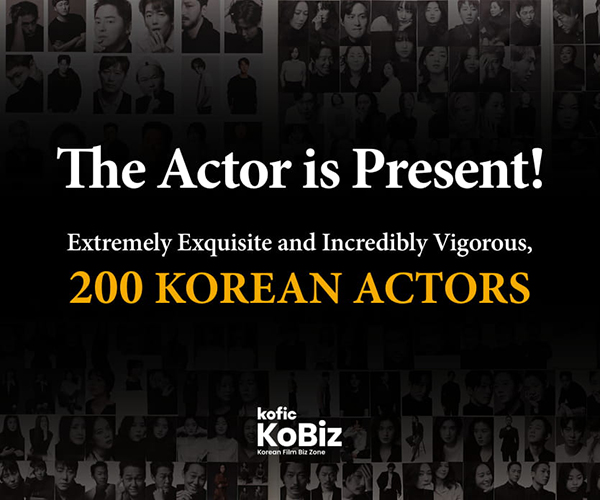 The KOREAN ACTORS 200 website, which will be accessible from March 15, aims to introduce the 200 actors that best represent the present and future of Korean cinema to people in the film industry all over the world. The selection process considered performers who starred in some of the biggest successes of the last decade, actors who earned accolades from film festivals in Korea or abroad, as well as the biggest contributors to indie film or those who participated in international projects. The actors who make up the final list include stars who are already active on the world stage as well as actors who have built a solid reputation in the Korean film industry but have yet to enjoy wider recognition.

Among the actors on the list are YOUN Yuh-jung and HAN Ye-ri, who recently came under the international spotlight with Minari; actors who have established themselves as Asian stars like KIM Soo-hyun, SO Ji-sub, SON Ye-jin, SONG Joong-ki, LIM Yoon-a, and HYUN Bin; actors who are widely known for their acting credentials like KIM Seo-hyung, KWAK Do-won, MOON So-ri, and CHO Jin-woong; and young actors who will shape the future of Korean cinema-like KIM Da-mi, RYU Jun-yeol, E som, and JUNG Hae-in,. The 200 actors will be released every week starting March 15 (Monday) on a special online web page for 20 actors will be released every week. The complete list will be revealed on March 15 through a dedicated website. This website will contain detailed bios for each actor accompanied by portrait photographs and showreels.

The photographs were taken by two prominent Korean photographers, KIM Jung-man and AHN Sung-jin. KIM is a Korean photographer with an international career spanning four decades and known for many photography projects, and who won the Young Photographer Award from the Rencontres d’Arles photography festival in France in 1977. AHN is an eminent Korean celebrity photographer who has been working with a large number of stars for the past 30 years after starting in advertisement photography in 1992. A catalogue featuring all these carefully composed pictures is scheduled to be published soon under the title THE ACTOR IS PRESENT and will be distributed to representatives of film companies and organizations around the world.

More details on this campaign, which has been initiated to increase the global awareness of Korean actors and to expand their opportunities overseas, can be found on the dedicated website accessible through KOFIC website (www.kobiz.or.kr) from March 15th.