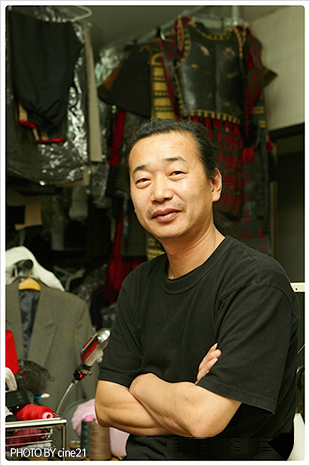 At the Korean Academy of Film Arts, many big film professionals were invited to hold master classes for film education purposes. This time, film costumes, which has become increasingly dominant in the industry is the main focus and it is the perfect chance to help film professionals understand and learn about costumes in films.
Costume director KWON Yoo-jin who has been selected to run this master class is one of the most well known in the industry. He debuted in 1985 with director IM Kwon-taek’s Kilsodeum and afterwards he worked on To The Starry Island (1993), Festival (1996), Blue Swallow (2005), Welcome to Dongmakgol (2005), and The Good, The Bad, And The Weird (2008) which were some of his notable projects. Recent works include the Detective K series as well as Masquerade (2012), Roaring Currents, The Pirates, and Ode to My Father which all did well at the box office.
Most of KWON’s works tend to be period films and during this master class, he will talk about how to represent the period realistically and creatively while learning how to do ‘concepting’. Through referencing The Good, The Bad, and The Weird and Masquerade, the class will also look at the production of the costumes and how to use creativity in putting together something between historically real and filmic fictional. In addition, it’ll be an opportunity to learn about ‘costume concepting’ that takes the character and the storyline into consideration.
On the day of the master class, screenings of The Good, The Bad and The Weird, and Masquerade will be held at the CGV ArthouseApgujung. All who wish to take part in the master class must email the KAFA master class manager at mayshim82@kofic.or.kr or through the website www.kafa.ac.
Any copying, republication or redistribution of KOFIC's content is prohibited without prior consent of KOFIC.
Related People Related Films Related Company Related News