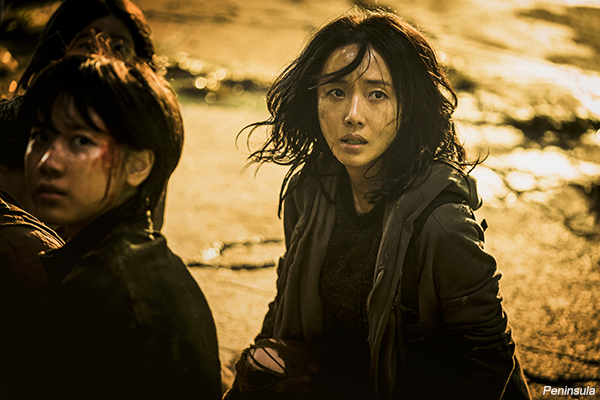 With no major new release and a fading holdover, business slipped just over 40% week-on-week, down to 761,000 admissions. As they have since early June, local films continued to dominate with an 82% share of the market, a trend that is unlikely to change with a steady trickle of homegrown titles and an absence of Hollywood fare during the COVID-19 pandemic.
With over 80% of sales over the weekend, Peninsula had no trouble scoring another commanding first place finish with 595,000 entries (USD 4.48 million). However, following the film’s lackluster reception from viewers, this represented a relatively steep 51% drop. To date, the film has welcomed 2.86 million viewers (USD 20.94 million), by far the highest total since the beginning of the global health crisis.
Coming in at number two was a rerelease of the Disney hit Aladdin, which became one of the highest grossing foreign films of all time last year. Over the weekend, the film added 44,000 spectators (USD 244,000) to its gargantuan lifetime total, which swelled to 12.62 million admissions.
Slipping to third place, though it fell only a scant 10%, was the local zombie drama #ALIVE. Nearing the end of its run, the film filled another 21,000 seats (USD 110,000), raising its total to 1.89 million entries (USD 13.24 million).
Also down one spot, but with a heftier 43% drop, was the Hollywood #MeToo drama Bombshell. With another 12,000 tickets sold (USD 90,000), the film has now reached 164,000 viewers (USD 1.17 million).
Closing out the top five was the French romantic fantasy drama A Mermaid in Paris, which debuted with 11,500 sales (USD 89,000) over the weekend and 16,500 admissions (USD 121,000) since its Thursday debut.
Looking to replace Peninsula at the top of the charts this coming weekend is the geopolitical action-drama Steel Rain2: Summit, starring JUNG Woo-sung and KWAK Do-won.
Any copying, republication or redistribution of KOFIC's content is prohibited without prior consent of KOFIC.
Related People Related Films Related News