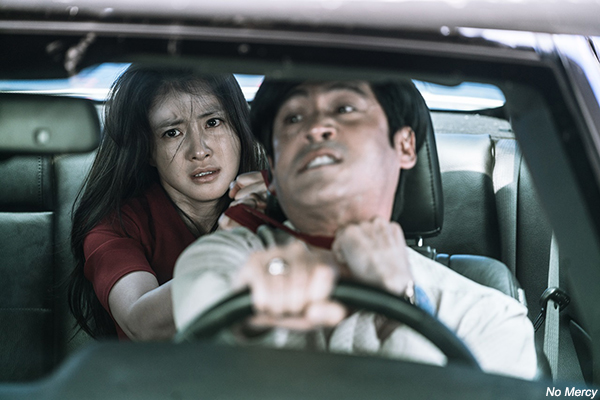 The new year kicked off much as the old one ended, with Hollywood fare outshining the lackluster performance of local fare. American films increased their market share dominance to 76% with Korean titles adding up to just 22% of the 1.94 million tickets sold over the weekend, down 40% from the previous frame and almost 50% from last year’s comparable weekend.
Claiming the top spot was the Disney animation Ralph Breaks the Internet, which brought in 628,000 viewers (USD 4.63 million) over the weekend. In four days, the film has welcomed in 758,000 spectators (USD 5.51 million) and is poised to overtake its predecessor Wreck-It Ralph’s total in a just a few days.
Dropping to second place in week three was Aquaman, which slowed 41% as it sold another 482,000 tickets (USD 3.92 million) giving it an impressive 4.54 million entries (USD 35.72 million) to date.
Refusing to go away was the sensation Bohemian Rhapsody, which was down just 31% as it added another 176,000 sales (USD 1.44 million) to push its total to 9.61 million admissions (USD 74.8 million), giving it a reasonable chance of becoming the first ten million viewer hit of the year and just the sixth foreign film to ever cross the mark.
Last week’s major Korean release Take Point crashed 77% in its sophomore frame as it mustered 148,000 sales (USD 1.2 million) to bring its 12-day total to a disappointing 1.61 million viewers (USD 12.09 million).
Also lagging behind was Bumblebee, which dropped 65% in its second week, with another 129,000 tickets (USD 1.01 million) sold, giving it 1.49 million admissions (USD 11.21 million) so far, a far cry from the past successes of the Transformers franchise from which it spawned.
After a month of foreign dominance a local film may finally clinch the spot on the charts this coming weekend with the release of the period drama MAL•MO•E: The Secret Mission with YOO Hae-jin and YOON Kye-sang. During previews this past weekend the film managed to land on sixth place on the charts with 93,000 entries (USD 743,000) for a total of 152,000 seats filled (USD 1.05 million) to date.
Meanwhile, the local revenge drama No Mercy with LEE Si-young debuted in seventh place with 62,000 sales (USD 476,000) and 172,000 tickets sold (USD 1.38 million) overall.
Any copying, republication or redistribution of KOFIC's content is prohibited without prior consent of KOFIC.
Related People Related Films