ASSASSINATION Takes Out the Competition 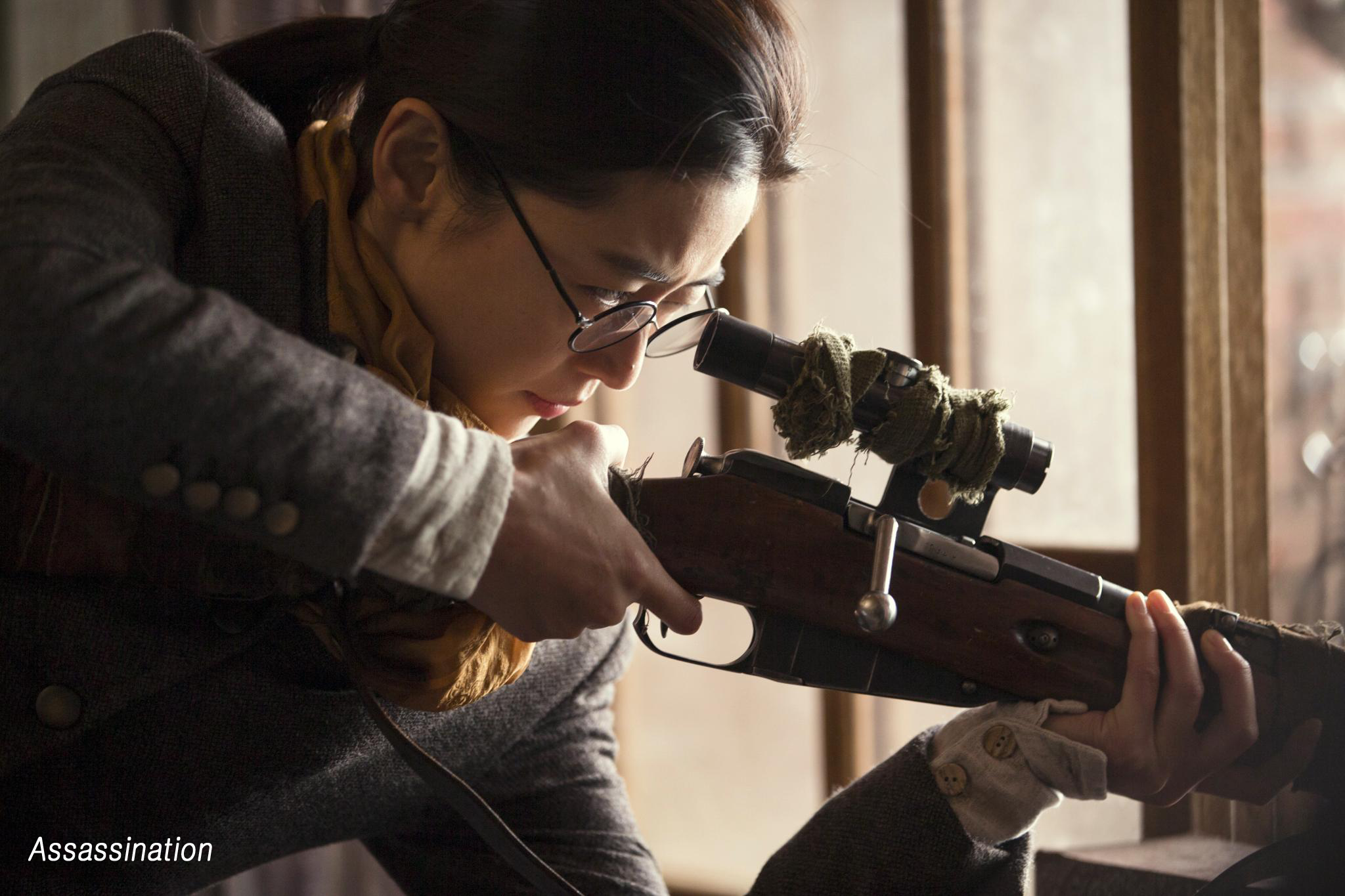 High season at the Korean box office officially began over the weekend as hit maker CHOI Dong-hoon posted his best ever debut with his latest star-powered action-thriller Assassination. Commanding two thirds of the marketplace, CHOI’s film dominated with 2.44 million admissions (USD 16.91 million), the second best start for a local film, behind only last summer’s Roaring Currents. In five days, the film has already accrued 3.37 million spectators (USD 22.91 million).
Re-teaming with Gianna JUN and LEE Jung-jae, who helped make his The Thieves the biggest film of 2012, CHOI once again delivers a cocktail of high octane thrills, glamorous stars (adding HA Jung-woo to the mix) and big laughs (courtesy of OH Dal-su and CHO Jin-woong). Armed with a sizeable KRW 18 billion (USD 15.46 million) budget, Assassination ushered in what is traditionally a period of local dominance and is poised to go very far, with many pundits already projecting a finish over the 10 million viewer mark.
Pixar’s word of mouth hit Inside Out continued to delight fans, both young and old, dipping only 26% for a 696,817 admission weekend (USD 4.7 million) and a robust 3.2 million viewer total (USD 21.52 million). With many families on holiday and light competition, Pete Docter’s crowd-pleaser may still go much further before all is said and done. Also targeting young crowds was the anime Eiga: Yokai Watch — Tanjo no Himitsu Da Nyan!, which debuted with 217,020 viewers (USD 1.34 million) in third place.
Unable to withstand the onslaught of the new entry, naval war drama Northern Limit Line finally tumbled to the tune of 72%, adding another 149,401 tickets (USD 985,116) to its mighty 5.93 million (USD 38.49 million) haul. Meanwhile, Adam Sandler’s lack of appeal in the region was evident as Pixels tanked 85% in its sophomore frame, straining for another 66,791 viewers (USD 434,061) and a poor 645,530 total (USD 4.42 million).
With strong user ratings and high visibility, Assassination seems poised to maintain its pace but it will face a mighty competitor when the new Mission Impossible film sneaks into theatres this week. With a scheduled visit from the hugely popular Tom Cruise and ‘best-of-series’ reviews, Mission:  Impossible - Rogue Nation will be looking to build on the enormous success of the last film in the franchise, Ghost Protocol, which drew over 7.5 million viewers here in 2011.
Any copying, republication or redistribution of KOFIC's content is prohibited without prior consent of KOFIC.
Related People Related Films Related News