A Fish to be Rotterdam’s first 3D Tiger competitor 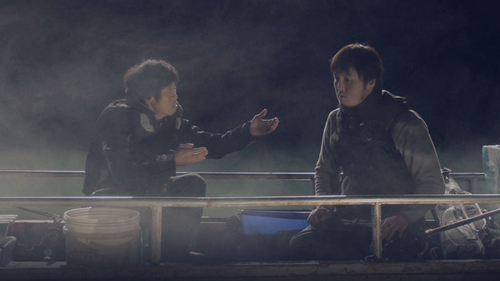 The International Film Festival Rotterdam (IFFR) has announced South Korea’s <A Fish> will be the first 3D film in its annual Tiger Awards Competition. This came with the announcement for the first five selected titles in the Tiger Awards category.
A debut feature directed by PARK Hong-min, <A Fish> is a low budget independent film that made its world premiere at the recent Busan International Film Festival (BIFF). The absurdist mystery follows a professor tracking down his runaway wife who seems to be trying to become a shaman. The 3D film will be making its international premiere in Rotterdam.
Mirovision, Inc. handles the film’s international sales.
Rotterdam’s Tiger Awards Competition is for first and second features only. A jury will present three Tiger Awards worth €15,000 each. The competition will be comprised of approximately 15 films.
In addition to <A Fish>, the other four selections announced for the Tiger Awards Competition are all also first fiction features. They are as follows:
<Egg and Stone>, directed by Huang Ji. The film from China will be making its world premiere. Shot in the director’s hometown in Hunan province, the drama is about a 14-year-old girl living with her relatives because her parents are working in a big city.
<It Looks Pretty From a Distance>, directed by Anka and Wilhelm Sasnal. The Poland-US co-production will be making its international premiere. The film explores the dark and antisocial sides of life in the beautiful Polish countryside, where in a hot summer everything seems to fall apart.
<Return to Burma>, directed by Midi Z, who was born in Burma and raised in Taiwan. The Burma-Taiwan co-production shows daily life in this little-known and inaccessible Southeast Asian country.
<Southwest>, directed by Eduardo Nunes. The Brazilian film is a black-and-white fantasy and mystery looking at a single day in the lives of a baby, a girl and a woman named Clarice in a sleepy coastal village.
Nov. 23, 2011
Any copying, republication or redistribution of KOFIC's content is prohibited without prior consent of KOFIC.
Related People Related Films Related Company