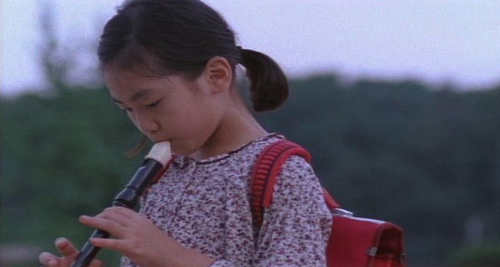 Korean filmmaker Bora KIM’s <The Recorder Exam> won the Directors Guild of America (DGA) award for Best Woman Student Filmmaker in the East Region.
A 28-minute short film, <The Recorder Exam> follows a nine-year-old girl as she learns to play the recorder for a test. The film portrays the contradictions in Korean society in 1988, conflict between family members, and the girl’s inner development.
The Recorder Exam was Kim’s graduation film from Columbia University in New York where she attended the graduate school. The short film won awards at the Woodstock, Mise-en-scene and Daegu film festivals.It will also be screened at the Seoul Independent Film Festival (SIFF) next month.
Kim previously had graduated with a major in film from Dongguk University in Korea and has had her work screened in Edinburgh, Istanbul, Woodstock, and the Los Angeles Asian Pacific Film Festival among others. She is currently lecturing in Korea while preparing a feature film.
“The DGA Student Film Awards recognize talented new student filmmakers, and we congratulate this year’s exceptional recipients,” said DGA President Taylor Hackford. “The Guild is honored to spotlight these emerging directors who could lead our industry someday. We hope that this recognition will not only bring attention to these new artists, but also inspire them to take their next creative leap forward."
The last time a Korean won a DGA student filmmaker award was seven years ago when director HWANG Dong-hyuk was at the University of Southern California. His recent dramatic film <Silenced>, based on the true story of sexual assaults at a school for the deaf, created a box office phenomenon as well as new legislation in South Korea.
The DGA ceremony where <The Recorder Exam> will be awarded will take place in New York on Dec. 1.
Nov. 16, 2011
Any copying, republication or redistribution of KOFIC's content is prohibited without prior consent of KOFIC.
Related People Related Films