The 4th NAFF wraps with more meetings than ever, Bucheon Award going to Modus Anomali 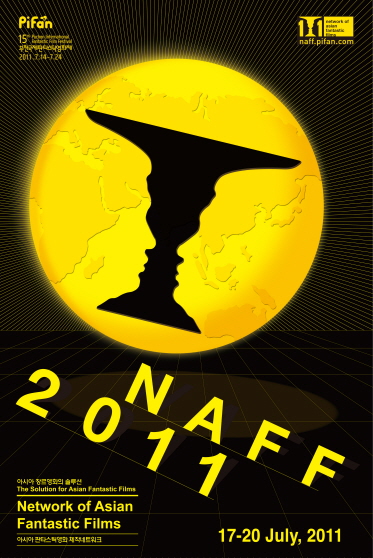 The main Bucheon Award with KW10m ($9,500) went to Indonesian director Joko Anwar’s Modus Anomali. Anwar’s noir/horror mash-up film Kala was the PiFan Closing Film in 2007 while his horror film The Forbidden Door also won the Best of Puchon Award in 2009.
The It Project jury was made up of Mathew TANG, Head of Productions at EDKO Films Ltd., Hong Kong; Gloria FAN, executive producer at Mosaic Media Group, USA; Yuji SADAI, head of Bitters End, Inc. of Japan, and Michelle SON, managing director of M-Line Distribution, Korea.
“As I was reading the 23 scripts, I realized that the quality of the projects had gone up significantly since last year and the year before and the first year of NAFF,” said jury member and NAFF regular Michelle Son, who lauded the unique ideas and vision of this year’s filmmakers.
Korean director CHOI Hyoung-rock’s project <Human Resources> won the Daisy Award of KW20m ($19,000), sponsored by Daisy Entertainment, and also won the Lead Sound post-production services award.
Josh Kim’s Korean project <Whatever Happened to the Guy Stuck in the Elevator> won the NAFF Award with its KW5m ($4,800). Of his experience at NAFF, he said, “I think the thing that benefitted me was not just the one-on-one meetings but getting to meet with other filmmakers.”
CHO Eun-sung’s <Underground> won the KBAS Award with KW5m ($4,800) in cash.
The Korean Film Council (KOFIC) awarded <Two Rabbits in Osaka> by LIM Tai-hyung its post-production support. Audiences members congratulated him particularly warmly as he had made it known in meetings that he needed finishing funds for post-production.
“Thanks to this award, I’ll be able to complete my film. I hope to come back to Bucheon with the finished film,” he said in thanks for the award.
Sponsors Moneff and Macrograph awarded their post-production support to <A Girl with Sushi Knife> by KIM Sung-ho.
From amongst the It Project selections, NAFF also held a pitching session for nine Korean projects. Organizers said the event got a great response from the 100-plus people who attended the event.
NAFF also held forums on New Media, Korea-Japan Co-production, and Fantastic SF, wrapping its four-day run on July 20.
Any copying, republication or redistribution of KOFIC's content is prohibited without prior consent of KOFIC.
Related People Related Company