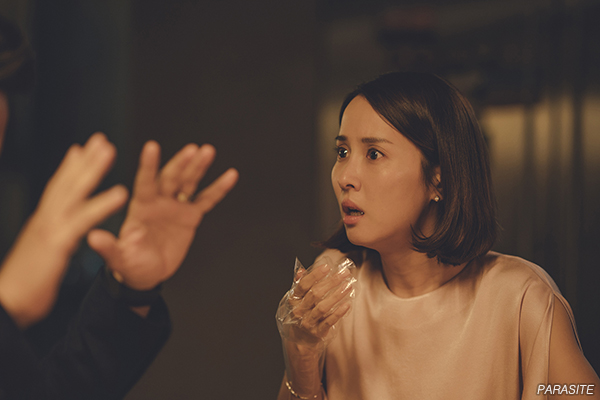 BONG Joon-ho has made history by becoming the first Korean filmmaker to earn a prize at the Golden Globe Awards, which held their 77th ceremony in Beverly Hills on Sunday, January 5. The acclaimed director received the Best Foreign Language Film Award for his new film PARASITE (2019), a global box office hit that has steadily been collecting awards ever since its debut at the Cannes Film Festival in May.
Director BONG, who was in attendance at the ceremony in the Beverly Hilton Hotel with several of his stars, including SONG Kang-ho, LEE Jung-eun and JO Yeo-jeong, took to the stage as PARASITE (2019) was announced as this year’s Best Foreign Language Film by announcers Sienna MILLER and Kit HARRINGTON.
Through the help of his translator, he expressed to the gathered Hollywood elite crowd that: “Once you overcome the one-inch tall barrier of subtitles, you will be introduced to so many more amazing films. Just being nominated along with fellow amazing international filmmakers such as ALMODOVAR was a huge honor. I think we only use one language: the cinema.”
In a brief backstage press conference, when asked if he had any thoughts on the new era of Korean cinema, he answered that: “Last year was the centenary of Korean cinema and we had a great achievement at the Cannes Film Festival and now to mark the 101st year of Korean cinema we received a Golden Globe Award. I’m very happy to see these achievements year after year.”
PARASITE (2019) became the first ever film to win the Palme d’Or from the Cannes Film Festival and broke box office records around the world. In America, where it has been in theatres for almost three months, it continues to draw in larger crowds, ranking 15th on the latest weekend chart after a 55% rise, with USD 23.9 million banked to date.
The acclaimed work was the first Korean film to ever be nominated at the Golden Globes, where it was also nominated for Best Director and Best Screenplay (BONG and his co-writer HAN Jin-won), though it lost out in those categories to Hollywood heavyweights Sam MENDES (1917) and Quentin TARANTINO (Once Upon a Time in Hollywood).
Next up for PARASITE (2019) will be the Critics’ Choice Awards on Sunday, January 12, where it is nominated in seven categories, and then the announcement for the Academy Awards nominations, which will take place on the morning of Monday, January 13, where it is expected to be featured in several categories.
Any copying, republication or redistribution of KOFIC's content is prohibited without prior consent of KOFIC.
Related People Related Films Related News