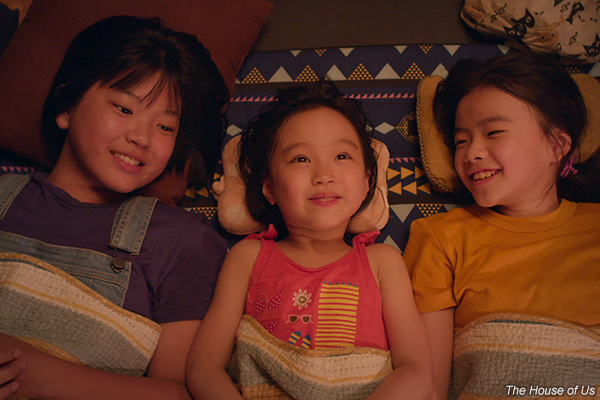 Five Korean films have been invited to screen at this year’s BFI London Film Festival. Notably, among the quintet, four of the titles are from women directors. The full lineup includes House of Hummingbird, Maggie, The House of Us, Heart and The Dude in Me.
One of the most successful Korean festival titles of recent memory, KIM Bora’s debut House of Hummingbird premiered in the New Currents competition of the Busan International Film Festival last year and kicked off its international run with the Grand Prix for Best Feature in the Generation 14plus section of the Berlin International Film Festival this year. The film has won over 25 festival awards thus far and recently opened domestically, where it has attracted over 60,000 viewers to date.
Also getting its start at Busan last year was YI Ok-seop’s debut, the surreal indie drama Maggie. From this year’s Busan International Film Festival, BFI is also inviting Heart, the latest film from up-and-coming director JEONG Ga-young, also behind last year’s festival darling Hit the Night (2018). The festival will also host the festival premiere of The House of Us, the latest film from YOON Ga-eun, the director of the acclaimed indie drama The World of Us (2016). From the commercial realm, BFI will also welcome the bodyswap comedy The Dude in Me from director KANG Hyo-jin. The film became a surprise hit at the start of the year.
This year’s BFI London Film Festival will unfold from October 2 to 13.
Any copying, republication or redistribution of KOFIC's content is prohibited without prior consent of KOFIC.
Related People Related Films Related Company