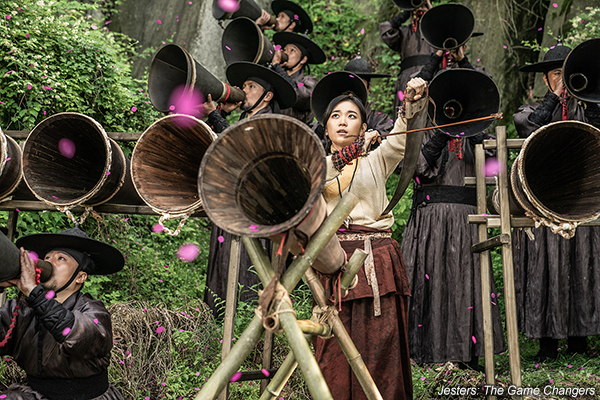 The Spackman Entertainment Group, a specialist in Korean film development and financing which is listed in the Singaporean stock exchange, has acquired the Korean production company Simplex Films.
Spackman purchased Simplex Films, the company behind the upcoming period comedy Jesters: The Game Changers, for USD 2.43 million.
Simplex Films is run by LIM Ji-young, who previously produced Miss Granny (2014) and Deranged (2012) and served as a vice president for the Producers Guild of Korea. She was also the recipient of the best female producer award in Korea in 2014.
Starring CHO Jin-woong and SON Hyun-ju, Jesters: The Game Changers tells the story of a gang brought into the service of the King during the Joseon Era to put on elaborate shows. The film is the first feature production by Simplex Films and will be distributed locally by Warner Bros. Korea. The company has several films in development, including a remake of the 2014 Japanese romantic comedy A Bolt from the Blue, which will begin shooting later this year.
The move is intended to expand Spackman’s film production capacity. The company also owns ZIP CINEMA, the company known for hits such as Cold Eyes (2013), Master (2016) and most recently Default (2018), as well as the financier and digital distributor Novus MediaCorp (THE OUTLAWS, 2017).
Any copying, republication or redistribution of KOFIC's content is prohibited without prior consent of KOFIC.
Related People Related Films Related Company