DOH Kyung-soo Confirmed for Next ALONG WITH THE GODS 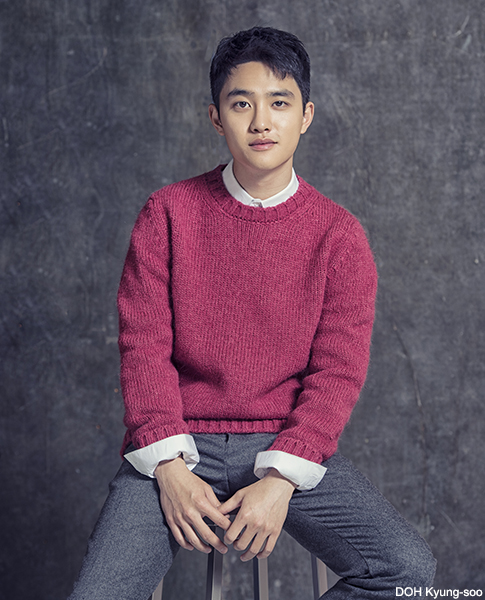 In a recent interview with Korean news outlet Star News, director KIM Yong-hwa revealed that plans were moving ahead on a third and fourth installment in the smash hit Along with the Gods franchise. The director explained that DOH Kyung-soo has been confirmed to appear in the third installment and that the titles will be produced simultaneously in 2021.
DOH Kyung-soo, a member of the popular music group EXO, appeared as a major supporting character in the first Along with the Gods film and had a cameo in this year’s summer sequel. He is currently on screens as the lead in KANG Hyoung-chul’s Korean War-themed tap dance music drama Swing Kids.
Produced by Realies Pictures and distributed by Lotte Entertainment, the Along with the Gods films were adapted from the popular webtoon of the same name from JU Ho-min. The first installment, titled Along with the Gods: The Two Worlds, was released in December of last year, and welcomed over 14 million viewers to theaters, becoming the second most successful Korean film of all time. In August of this year, the sequel Along with the Gods: The Last 49 Days once again proved a huge hit, drawing over 12 million viewers.
Meanwhile Director KIM and his company Dexter Studios are aiming to expand their activities to distribution with their next project Baekdu Mountain (translated title). The film will be co-directed by KIM Byeong-seo and LEE Hae-jun, with KIM Yong-hwa serving as producer and LEE Byung-hun, HA Jung-woo and Don LEE attached to star. KIM is also looking to direct the space drama The Moon (literal title), but it is not yet clear if this will be a Korean or foreign language project.
Any copying, republication or redistribution of KOFIC's content is prohibited without prior consent of KOFIC.
Related People Related Films Related Company Related News