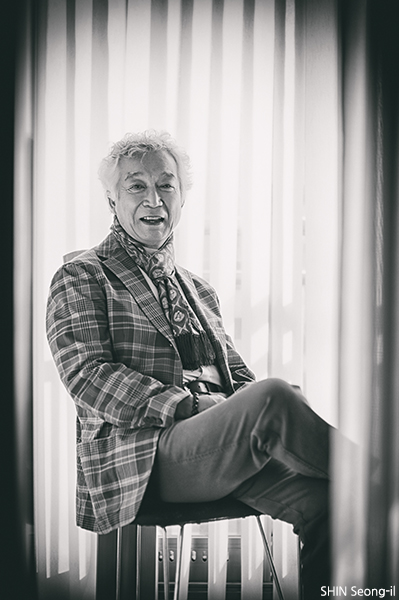 SHIN Seong-il, the towering figure of Korean cinema who appeared in well over 500 films during his 50-year career, passed away on Sunday, November 4 following his battle with lung cancer. The actor was 81 years old and is survived by his wife, fellow actress UM Aeng-ran, as well as his son and two daughters.
Born in Daegu in 1937, SHIN (born KANG Shin-young) quickly found fame through his debut, the now-classic A Romantic Papa (1960). He established himself as the most in-demand leading man of the Korean film industry in the 1960s and 70s, as his popularity lasted beyond the industry’s so-called Golden Era. He was particularly prolific between 1964 and 1971, when he clocked up 324 credits, which was over a quarter of the 1,194 features produced in the country during that period.
SHIN was first regarded as a youth icon in the early 1960s, owing to works such as KIM Kee-duk’s The Barefooted Young (1964). Subsequently, he branched out into other roles and worked with all the leading directors of the period, including KIM Soo-yong (Mist, 1967), LEE Man-hee (A Day Off, 1968), SHIN Sang-ok (The Eunuch, 1968) and KIM Ki-young (Ban Geum-ryun - produced in the mid-1970s but only released in 1981). In his later career he continued to work with major talent, such as IM Kwon-taek (Gilsotteum, 1986). The Busan International Film Festival devoted its Korean Cinema Retrospective section to the thespian last year. SHIN’s final work was in 2013’s Door to the Night.
Director PARK Chan-wook is known to have compared the actor to such world cinema luminaries as Gregory PECK and Alain DELON. Describing his incalculable contribution to Korean cinema, the director said: “Without understanding SHIN Seong-il, it is hard to get a grasp of either Korean film history or Korean modern cultural history.”
Prior to his death, SHIN had signed on to appear in Small but Certain Happiness (translated title), a new project by classic filmmaker LEE Jang-ho, in which he would have co-starred with fellow acting titan AHN Sung-ki. The project was expected to go into production next year.
Any copying, republication or redistribution of KOFIC's content is prohibited without prior consent of KOFIC.
Related People Related Films Related Company