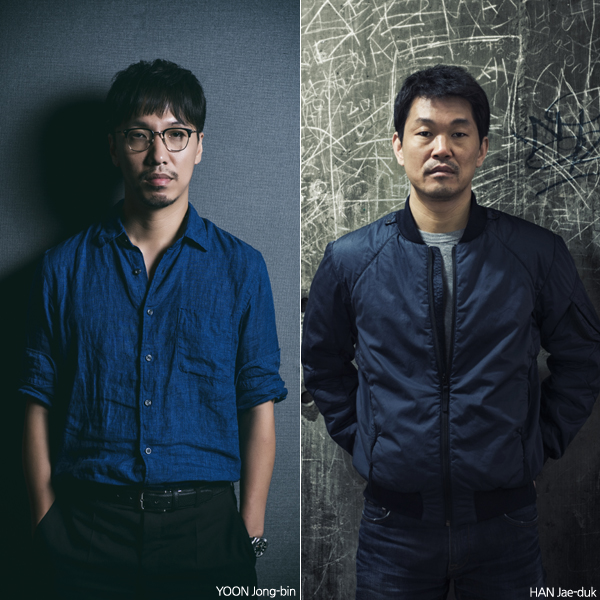 The Spy Gone North director Jong-bin is setting up shop with SANAI Pictures head HAN Jae-. The director and the producer who worked on a number of successful projects together will establish an as-yet-unnamed investment and production company.
Director , who got his start with the acclaimed indie The Unforgiven (2005), has successfully moved into the commercial arena since his 2012 crime saga Nameless Rules of the Time. He also runs his own production company named Film.
HAN got his start as a line producer on Chan-wook’s Old Boy (2003) and went on to produce RYOO Seung-wan’s Crying Fist (2005), The Unjust (2010) and The Berlin File (2013), as well as Director YOON’s first commercial breakthrough, Nameless Gangster : Rules of the Time. In 2012, HAN founded SANAI Pictures, which has delivered PARK Hoon- New World (2013) and Sung-soo’s The City of Madness (2016), among others.
After working together on YOON’s prior film Age of the Rampant (2014), SANAI Pictures and MOONLIGHT Film began to collaborate, producing the Lunar New Year smash A Violent Prosecutor (2016) and the successful crime comedy The Sheriff in Town (2017), both released last year. Earlier this year, their last effort, YOON’s The Spy Gone North, debuted as a midnight screening at the Cannes Film Festival. The film is currently on release in Korea, where it has welcomed 4.34 million viewers in just over two weeks.
Any copying, republication or redistribution of KOFIC's content is prohibited without prior consent of KOFIC.
Related People Related Films Related Company Related News