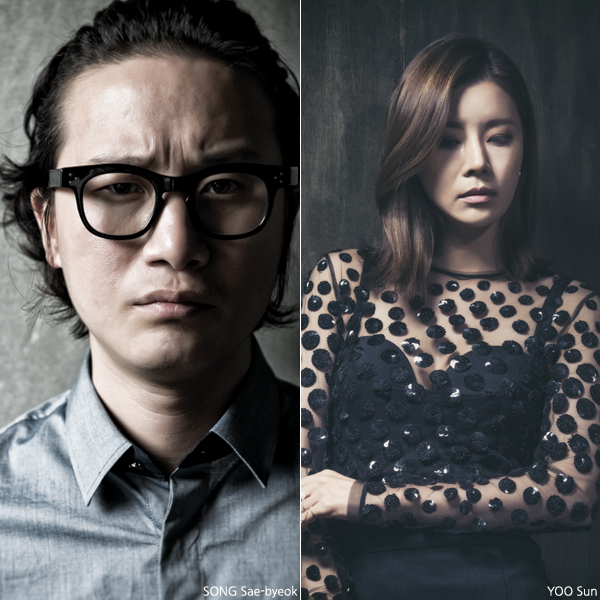 Upcoming thriller Real Culprit (translated title), directed by KO Jeong- and featuring SONG Sae- and YOO Sun, is now in production. Distributor Little Big Pictures revealed that a table reading took place May 11, while filming began on May 18. The project is expected to be released in 2019.
Real Culprit follows a man who is searching for his wife’s real killer and teams up with a woman whose husband has been falsely charged with the crime. SONG Sae- appears as the grieving husband while YOO Sun is on board as the wife.
Character actor SONG Sae-, who got his start with a supporting role in BONG Joon-ho’s Mother (2009), has impressed viewers and critics alike in a wide range of roles, including the period drama The Servant (2010), the Cannes-invited indie feature A Girl at My Door (2014) and this year’s Seven Years of Night.
Active on both the big and small screen, some of YOO Sun’s most notable leading role credits include the revenge drama Don't Cry, Mommy (2012) and the shaman horror-thriller The Chosen: Forbidden Cave (2015).
Co-stars cast include JANG Hyuk-jin (Curtain Call, 2016), MIN Seok (Proof of Innocence, 2016), HAN Soo- (The King, 2017) and Hee- (Room No.7, 2017).
The project marks the directorial debut of KO Jeong-, who previously worked as an assistant director on the thriller MONTAGE (2015) and the indie dramas Scars (2011) and Vegetarian (2010). He also helmed the short film Poison Frog (2011), which won the Audience Award at the Bucheon International Fantastic Film Festival (BiFan) in 2012.
Any copying, republication or redistribution of KOFIC's content is prohibited without prior consent of KOFIC.
Related People Related Films Related Company