Apr 16, 2018
YAKINIKU DRAGON and ISLE OF DOGS to Bookend JIFF 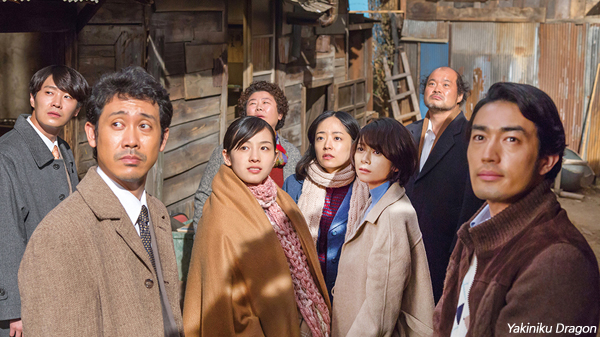 The Jeonju International Film Festival (JIFF) revealed its lineup for its 19th edition earlier this month. Overall, the festival will feature 246 films from 46 countries, an increase over last year’s 226-strong program and run from May 3 to 12.
This year’s JIFF will open with the world premiere of CHONG Wishing’s Japanese film Yakiniku Dragon and then close with Wes Anderson’s Berlinale-premiered title Isle of Dogs. The festival will run until May 12. Yakiniku Dragon focuses on Korean villagers based in Japan circa the 1970 Osaka Expo.
Following the success of last year’s Jeonju Cinema Project section, which included KIM The First Lap (2017) picking up the Best Emerging Director prize at the Locarno International Film Festival, JIFF decided to increase the number of projects from three to five.
The 2018 class of JCPs includes LEE Hark- North Korean refugee drama A Good Business, JANG Woo-jin’s temple stay drama Winter's Night and LIM Tae-gue’s family tale The Land on the Waves from Korea, as well as Alejandro Fernandez Almendras’ theater story The Best We Can, a Czech Republic-Chile-France-Korea co-production, and Camila Jose Donoso’s Brazil-Chile-France-Korea co-production NONA. If You Soak Me, I Will Burn You.
New Korean titles that will be featured in Jeonju include Hello Dayoung, the latest film by Loser’s Adventure (2017) director KO Bong-soo and , from The Voice (2005) director CHOI Equan.
Other major titles include An Elephant Sitting Still, the acclaimed debut of the late filmmaker HU Bo, the France-Belgium co-production Let the Corpses Tan, Armando Iannucci’s The Death of Stalin and Michael Haneke’s Happy End.
The Jeonju Project Market (JPM) also returns for its 10th edition with a new ‘JCP: Next Edition’ program, which invites six finalists for a chance to receive KRW 100 million (USD 95,000) in funding to become one of next year’s JCP titles.
Any copying, republication or redistribution of KOFIC's content is prohibited without prior consent of KOFIC.
Related People Related Films Related Company Related News