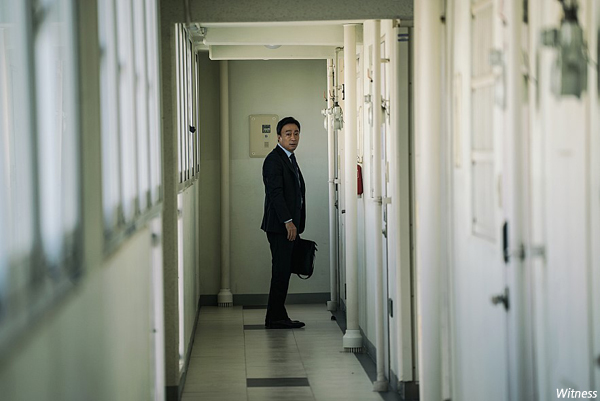 LEE Sung-min’s latest vehicle Witness (translated title) wrapped its three-month shoot on the 20th of last month. Production for the upcoming crime-thriller took place in the South Korean border city of Paju. In the film, LEE plays the role of Sang-hoon, a man who sees his normal life turned upside down after witnessing a brutal murder in the middle of his apartment complex.
Witness was written and directed by CHO Kyu-jang, whose previous film, Mood of the Day (2016) was invited to screen in the Panorama section of the 2016 Shanghai International Film Festival. Lead actor LEE Sung-min will be joined on screen by KIM Sang-ho (The Happy Life, 2007), JIN Gyeong (Master, 2016) and KWAK Si-yang (Familyhood, 2016).
Audiences will see a lot of LEE Sung-min in 2018. In addition to headlining Witness, the actor will star in two more upcoming releases; spy-thriller Duke and romantic-comedy Wind Wind Wind.
Witness will be distributed by Next Entertainment World and is expected to be released sometime in 2018.
Any copying, republication or redistribution of KOFIC's content is prohibited without prior consent of KOFIC.
Related People Related Films Related Company Related News