I CAN SPEAK a Success at Paris Korean Film Festival 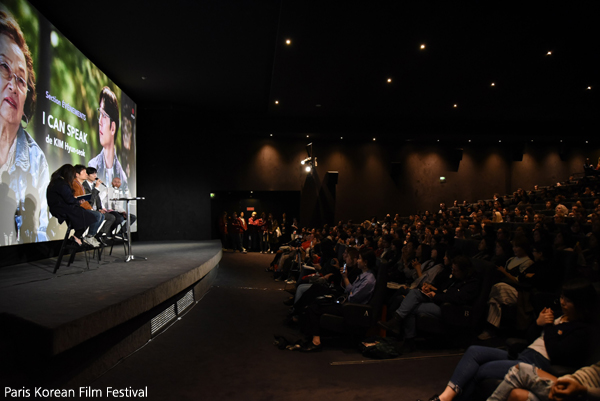 Comfort-woman drama I Can Speak was a major success at the 12th Paris Korean Film Festival which took place from October 24th to 31st. “I Can Speak smashed the Korean box office by surpassing 3 million moviegoers and was also popular at the Paris Korean Film Festival recording sellouts for two consecutive days.” the fest’s promotional official said.
I Can Speak is about an elderly woman named Ok-boon (NA Moon-hee) whose constant civil complaints have earned her the nickname ‘Goblin Granny’. Though she is infamous for her strange behavior, she is passionate about learning English from Min-jae (LEE Je-hoon), a junior civil service officer. The film is based on the 2007 hearing, United States House of Representatives House Resolution 121, which requested that the Japanese government apologize to the former comfort women. The sleeper hit comedy sold more than 400 tickets over its two days of screenings at the Paris Korean Film Festival. In addition, actor LEE and director KIM Hyun-suk took part in a guest visit after one of the screenings. “I realized the popularity of Korean films in Paris, France.” KIM said. “I focused on enjoying acting, but now I feel a great sense of responsibility about what I can do for the Korean film industry as an actor.” LEE said and added. “I’m getting to be more careful in choosing films.”
This year’s Paris Korea Film Festival introduced big movies like A Taxi Driver, The Mimic, The Battleship Island and The King as well as small budget indies such as The Artist: Reborn, Claire’s Camera and The Poet and The Boy.
Any copying, republication or redistribution of KOFIC's content is prohibited without prior consent of KOFIC.
Related People Related Films Related News 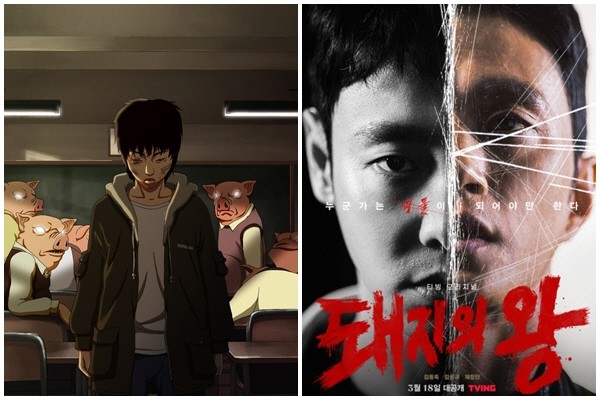