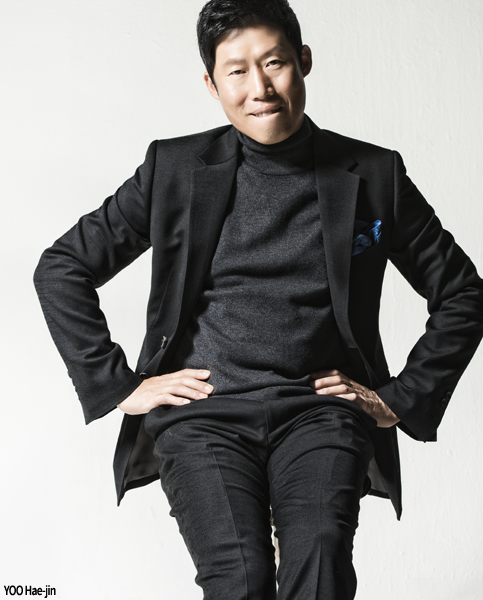 YOO Hae-jin and KIM Min-jae are pairing up as a father and son team in the upcoming wrestling family drama Loveswing. LEE Sung-kyoung and HWANGWOO Seul-hye will co-star in the debut film from director KIM Dae-woong.
The story concerns a father and his son who grow close through wrestling. However, the son’s girlfriend begins to develop a crush on his father.
Currently gracing screens alongside SONG Kang-ho and Thomas Kretschmann in the smash summer hit A Taxi Driver, long-time veteran YOO Hae-jin has been on a strong run of hits of late, which include his comedy LUCK-KEY last year and RYOO Seung-wan’s Veteran (2015), the third most successful Korean film of all time.
Young star KIM Min-jae (not to be confused with the seasoned supporting actor currently featuring in The Battleship Island) has been growing his fan base and honing his skills on the small screen. His first film role was a small part in this year’s election drama The Mayor.
TV star and model LEE Sung-kyoung recently made her big screen debut in the yet to be released thriller Broker, which filmed last year. Loveswing will be her second cinema outing. HWANGWOO, who debuted on the big screen in LEE Kyoung-mi’s Crush And Blush in 2008, last appeared in the cast for KANG Je-kyu’s Salut d’Amour.
Any copying, republication or redistribution of KOFIC's content is prohibited without prior consent of KOFIC.
Related People Related Films Related News