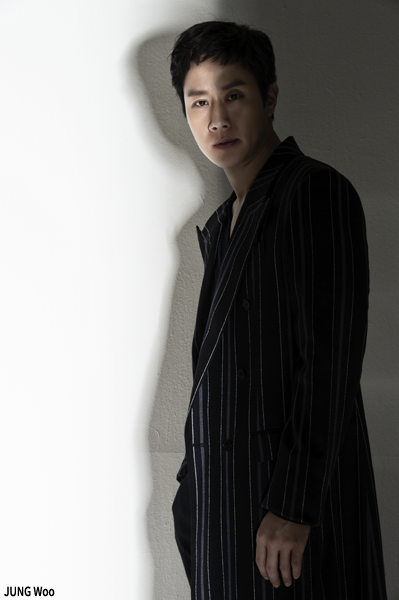 Actor JUNG Woo is set to take on the role of a National Intelligence Service agent in the upcoming political thriller Neighborhood Cousin (translated title) from Miracle in Cell No. 7 (2013) director LEE Hwan-kyung. The project will be financed and distributed locally by Warner Bros. Korea.
Neighborhood Cousin will detail the story of an NIS agent and a confined politician at the center of a secret struggle for political power.
Longtime actor JUNG’s recent leading man credits include New Trial, The Himalayas (2015) and C’est Si Bon (2015). He is currently filming the period drama Heung-bu with KIM Joo-hyuk for 26 Years (2012) director CHO Geun-hyun.
Director LEE made history at the box office with the prison melodrama Miracle in Cell No. 7, which shocked industry observers when it attracted 12.8 million spectators around the Lunar New Year holiday in 2013, cementing it as one of the most popular Korean films of all time. He previously made dramas such as Lump of Sugar (2006) and Champ (2011).
Neighborhood Cousin will now continue to fill out its cast and is expected to go before cameras towards the end of the year. Warners Bros. Korea launched their local production arm last year with the successful release of KIM Jee-woon’s The Age of Shadows and was also responsible for this year’s drama A Single Rider. Their next title, PARK Hoon-jung’s North Korean action-thriller VIP, is scheduled for release later this year.
Any copying, republication or redistribution of KOFIC's content is prohibited without prior consent of KOFIC.
Related People Related Films Related Company